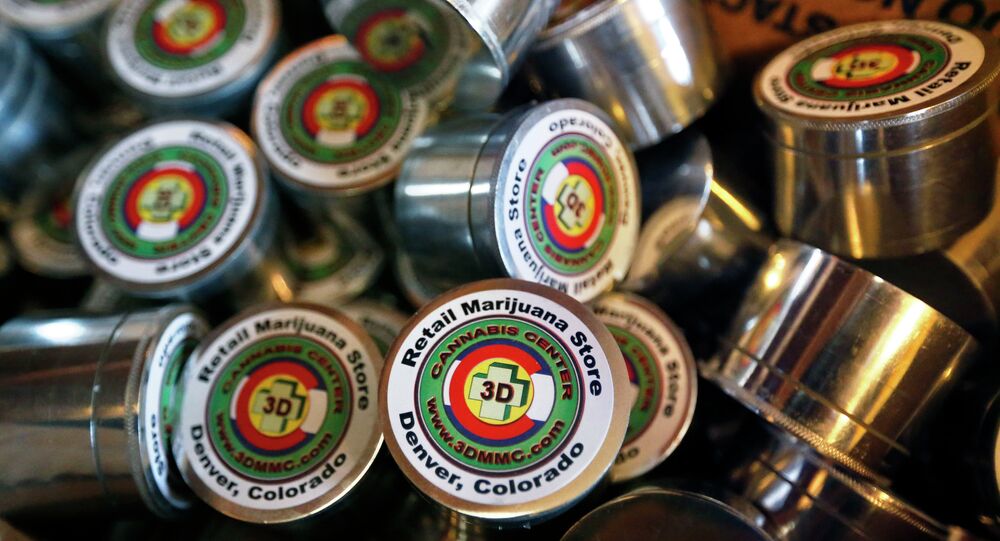 The marijuana business in Colorado is good. It’s so good that state politicians have a rare problem: Pot sales have generated too much tax revenue.

© Flickr / Brett Levin
US Senators Introduce Bill to Fight Marijuana Growth on Federal Lands
Colorado expects to take in around $50 million in taxes from the first year of legal marijuana sales. It’s a boon for the state, no doubt, since that income simply did not exist before. Pot taxes are considerable at 30 percent of the sales so, while that adds a lot to the cost of lighting up, it has meant a lot to the state coffers as well.

The problem:  A law that limits how much tax revenue the state can take in. After a certain amount, they much redistribute excess tax revenue back to the taxpayers. That may mean $30 million — three-fifths of that income — may be sent by check back to residents.

Naturally, that has many residents euphoric — even those who don’t toke.

© AP Photo / Don Ryan
US Surgeon General: Marijuana Can Be Helpful
They shouldn’t be counting on that income quite yet, however, as legislators are busy looking for a way around the law. One option is to hold another referendum to ask Coloradans to exempt income marijuana tax income from the tax limit law. Some argue that the money should be used for services related to the industry such as drug counseling and more police on the streets looking for stoned drives. It’s one of very few times that Democrats and Republicans are united on a tax issue.

Authorities estimate the redisbursement this time around to be less than $8 per adult, all the more reason, some say, to let the state use the money for expanded services.

© AP Photo / Elaine Thompson
More than 100 Native American Tribes Consider Growing Marijuana
Arcview Market Research has found that profits from legal marijuana sales reached $2.7 billion in 2014 around the country. making the industry one of the fastest-growing in the U.S. That means new jobs and new revenue opportunities for states that may legalize.

This wouldn’t be the first time state officials have had to send money back to taxpayers. The revenue limiting law went into effect in the early 90s and, since then, they have cut rebate checks six times for a total of $3.3 billion.

If the state does hold a referendum, it would be the third related to the marijuana industry. The first legalized sales and the second authorized a 15 percent excise tax on pot for schools in addition to a 10 percent sales tax for other discretionary expenditures.

The state could also just lower taxes on pot sales since they don’t need a referendum to lower taxes, only raise them. Certainly, smokers would appreciate that.