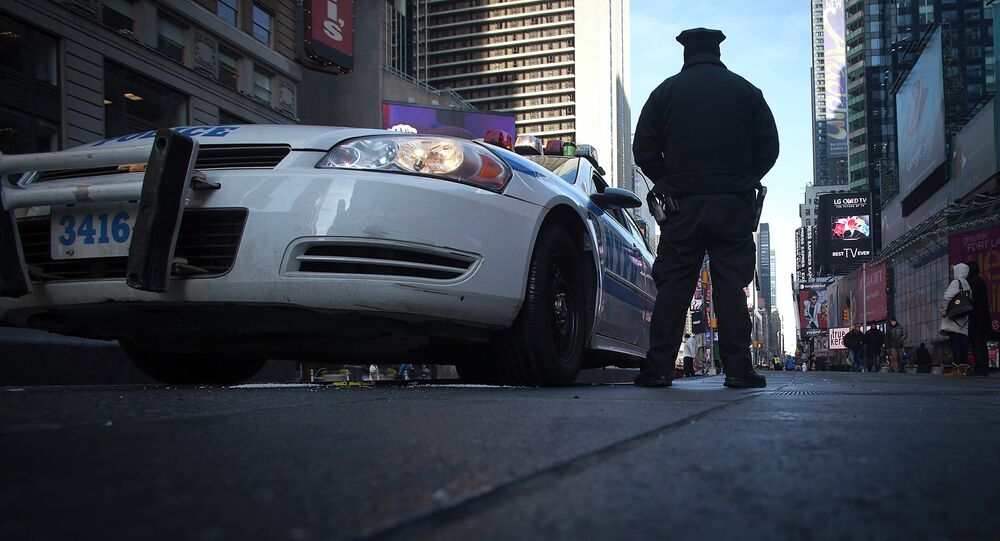 The move came in response to the January demonstrations at the Carnegie Hall and Metropolitan Opera, during the performances of the world famous Russian conductor Valery Gergiev and opera singer Anna Netrebko. The protesters accused the artists of supporting Russia’s stance on Ukraine.

The organizer of the Friday campaign Daniel Burke said the anti-Russian demonstrators only further strained tensions between Russia and the United States.

© REUTERS / Akintunde Akinleye
Kerry Says US National Security Strategy Ambitious, Achievable
"People who have come to disrupt over these weeks Gergiev's performances are part of an operation to create tension between Russia and the US,” Burke told RIA Novosti.

Burke said he was against fuelling anti-Russian sentiments.

“This is completely despicable Russophobia that is part of information war," the organizer added.

The relations between Russia and the West deteriorated over the Ukrainian crisis. The United States and its allies have kept accusing Russia of its alleged meddling in the Ukrainian conflict, the claim repeatedly denied by Moscow.

Russia has persistently stressed that it was interested in settling the Ukrainian conflict, which has already claimed over 5,000 lives, according to the UN figures.

US to Promote Energy Diversification, Indepenence From Russia