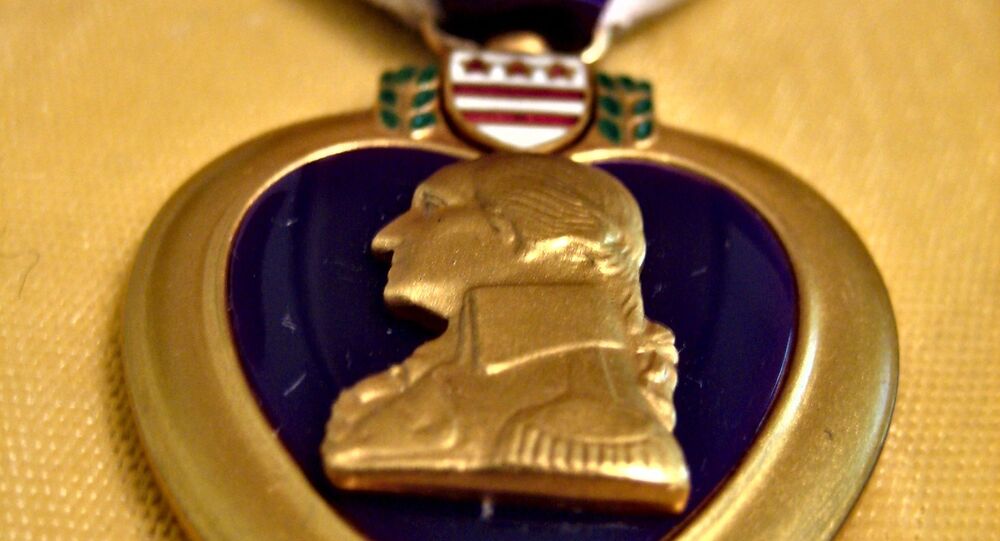 The US Army announced that victims of the 2009 shooting at Fort Hood, Texas would receive the Purple Heart and the Medal for Defense of Freedom medals due to the changed medals’ eligibility criteria mandated by Congress.

WASHINGTON (Sputnik) — Victims of the 2009 Fort Hood, Texas, terrorist attack will receive the country’s highest medal awarded to individuals killed or wounded in military operations, following a revision of the eligibility criteria, the US Army said in a press release.

“Secretary of the Army John McHugh announced today that he has approved awarding the Purple Heart and its civilian counterpart, the Medal for Defense of Freedom, to victims of a 2009 shooting at Fort Hood, Texas, following a change in the medals’ eligibility criteria mandated by Congress,” the press release, issued on Friday, said.

Thirteen people were killed and more than 30 wounded when Major Nidal Hasan went on a shooting rampage at Fort Hood. Hasan was convicted and sentenced to death in 2013. Hasan was suspected of being influenced by, and in communication with the terrorist organization al-Qaeda.

The Purple Heart’s strict eligibility criteria had prevented us from awarding it to victims of the horrific attack at Fort Hood, McHugh said.

“Now that Congress has changed the criteria, we believe there is sufficient reason to allow these men and women to be awarded and recognized with either the Purple Heart or, in the case of civilians, the Defense of Freedom medal. It’s an appropriate recognition of their service and sacrifice,” he added.

Purple Heart and Medal for the Defense of Freedom recipients are awarded special compensation at retirement, and have the right to be buried at Arlington National Cemetery.