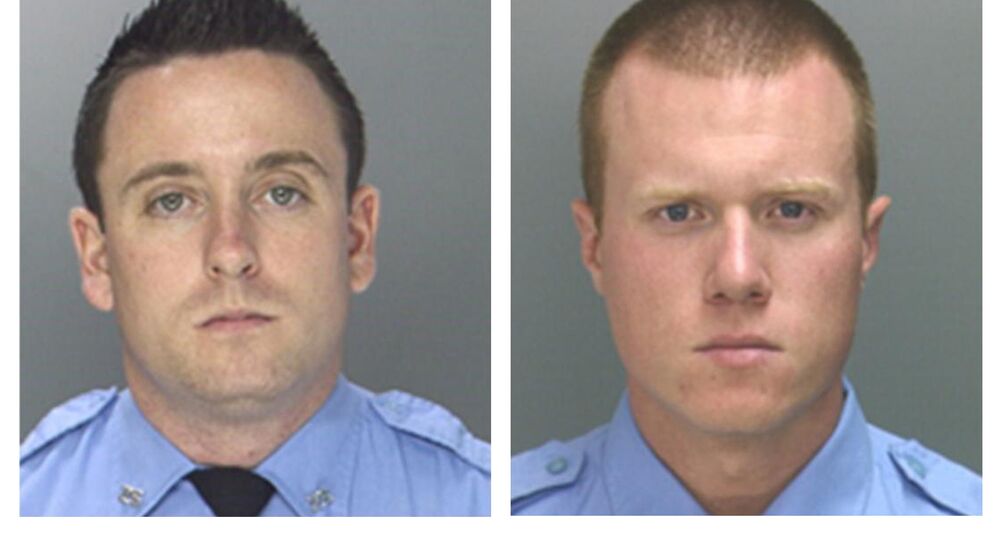 Two Philadelphia police officers are facing charges for taking the law into their own hands, when they brutally beat a man on the street without provocation then lied about it.

Najee Rivera, 23, was left with a fractured bone in his face and one eye swollen shut after officers Sean McKnight, 30, and Kevin Robinson, 26, savagely struck him with batons, claiming that he had attacked them, then charging him with assault and resisting arrest on May 29, 2013.

The arrest report claims the officers located Rivera several blocks away after he lost control of his scooter and fell. Rivera then allegedly threw Robinson into a brick wall and tried to grab McKnight's baton.

Rivera’s girlfriend, Dina Scannapieco, went back to the scene and found a video that tells otherwise. She turned it in to authorities, pointing out “all the blood on the pavement,” leading to an investigation into the incident.

The officers turned themselves in on Thursday, and were charged with aggravated assault, simple assault, conspiracy, and other offenses related to the traffic stop that turned violent, announced District Attorney Seth Williams in a news conference.

"This type of behavior has absolutely no place in our city, and I will prosecute these two officers to the fullest extent of the law," Williams said.

“Rivera had no weapons. he didn’t resist. One of them actually reached out the window and clubbed Rivera in the head.  The car bumped the scooter and Rivera fell to the ground.”

Rivera told the grand jury that he got frightened because the officers had their batons out, so he took off.

The cops were immediately suspended for 30 days, and will likely be fired, Police Commissioner Charles Ramsey said.

“What they did was totally inappropriate, totally improper, totally in violation of any policy, any training, anything. Period,” Ramsey said. "Even if (Rivera) had been the devil himself, they could not have done what they did to him.”

The pair had been off the street while a grand jury investigated.