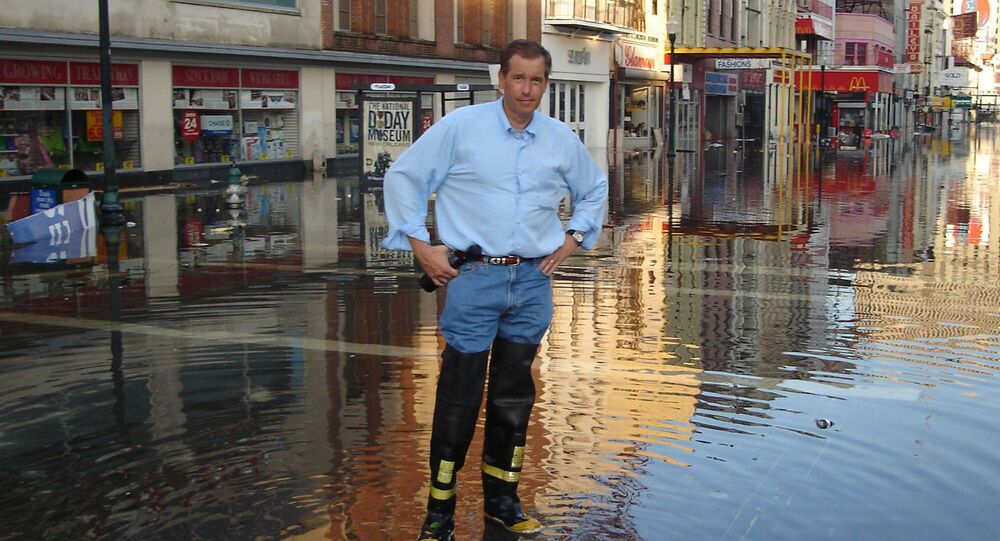 The Nightly News anchor has already apologized for lying about being shot down in the desert by RPG fire in the early days of the Iraq War. But new scrutiny reveals that he may have to explain similarly suspicious statements made during Hurricane Katrina.

In 2005, Hurricane Katrina barreled into the Gulf Coast. It devastated the city of New Orleans. Hundreds of people died, thousands more were displaced, and levee failures flooded nearly 80% of the city.

Brian Williams was there covering the storm for NBC, and his reporting helped establish his career, even winning him a Peabody Award.

“When you look out of your hotel window in the French Quarter and watch a man float by face down, when you see bodies that you last saw in Banda Aceh, Indonesia, and swore to yourself that you would never see in your country,” Williams told Tom Brokaw during a 2006 interview.

But there’s one problem with William’s account: the French Quarter, the city’s affluent high-ground, was never flooded.

“We were never wet,” Dr. Brobson Lutz, a former city health director who operated an EMS station in the French Quarter during the crisis, told the New Orleans Advocate. “It was never wet.”

False flooding isn’t the only questionable account from Williams’ Katrina experience. He also claimed that he suffered from dysentery after mistakenly drinking floodwater. Accounts tell of the anchor being curled into a ball between takes.

“I saw a lot of people with cuts and bruises and such, but I don’t recall a single, solitary case of gastroenteritis during Katrina or in the whole month afterward,” Lutz said.

Lutz also has doubts that the floodwaters could have been a conduit for dysentery.

“I don’t know anybody that’s tried that to see, but my dogs drank it, and they didn’t have any problems.”

Tom Brokaw, Williams’ predecessor at the Nightly News desk, is calling for Williams’ termination after the scandal of his Iraq War lies, according to the New York Post. Sources at the network say Brokaw has “made a lot of noise at NBC that a lesser journalist or producer would have been immediately fired or suspended for a false report.” 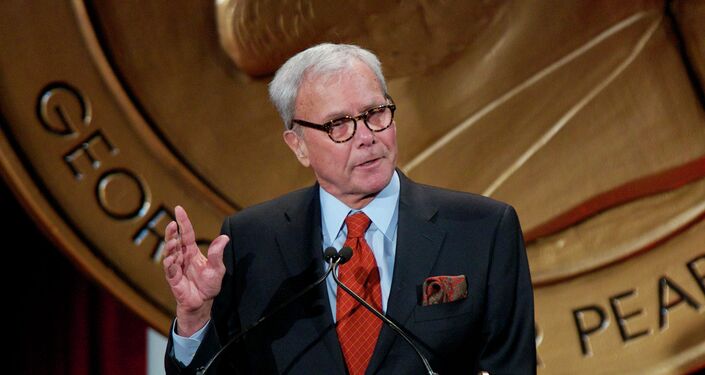 Williams has claimed for years that he was on a Chinook helicopter which was forced down by rocket fire. When soldiers actually onboard the attacked helicopter discounted those claims, Williams issued an apology. On Wednesday, he said he was actually flying behind the attacked helicopter. Soldiers on the scene, again, discredited his story, saying Williams and the NBC crew arrived 30-60 minutes after the Chinook was forced down.

The Post also reports that Brokaw and NBC executives knew that Williams’ revised account of his Iraq experiences was false, and had advised him to please stop telling it.

“He is not going to be suspended or reprimanded in any way,” one source said. “He has the full support of NBC News.”