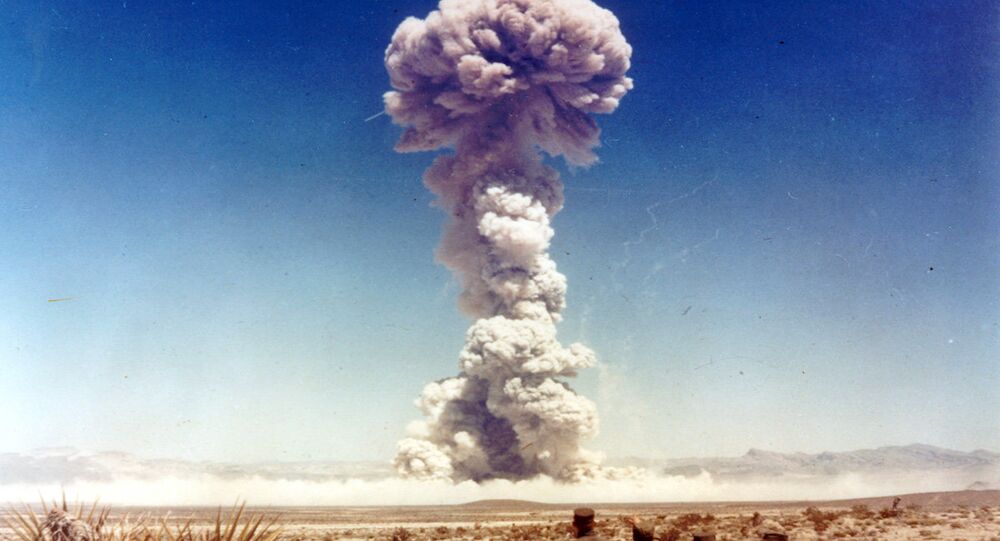 Bipartisan group of US Senators, led by Mike Crapo of Idaho introduced the Radiation Exposure Compensation Act, aimed to expand restitution for victims of radiation exposure during US nuclear arms testing in 1950-1960s in seven US states.

WASHINGTON (Sputnik) — Bipartisan group of US Senators, led by Mike Crapo of Idaho, reintroduced legislation that expands restitution for victims of radiation exposure during US nuclear arms testing in 1950-1960s in seven US states, according to a statement released by Crapo’s press office.

RECA was designed in 1990 to help people affected by above-ground nuclear testing or work in uranium mines, but it did not assist individuals in states far from the original Nevada test site. Some citizens of those states, though, also suffered from cancer and other radiation exposure-related health issues, according to the press office.

“Thousands of uranium mill workers and miners are still suffering long-term health consequences, such as cancer, as a result of their exposure to uranium dust and other hazardous materials," Senator Martin Heinrich of New Mexico said in the statement.

From 1945 to 1962, the United States conducted nearly 200 atmospheric nuclear weapons development tests. Many workers who were involved in uranium mining and processing following the tests, filed class action lawsuits alleging exposure to known radiation hazards, according to the US Justice Department. In October 1990 the Congress passed the RECA, which allowed partial restitution to individuals who developed serious illnesses.

US Nuclear Scientist Jailed for Five Years Over Bomb-Making Plot