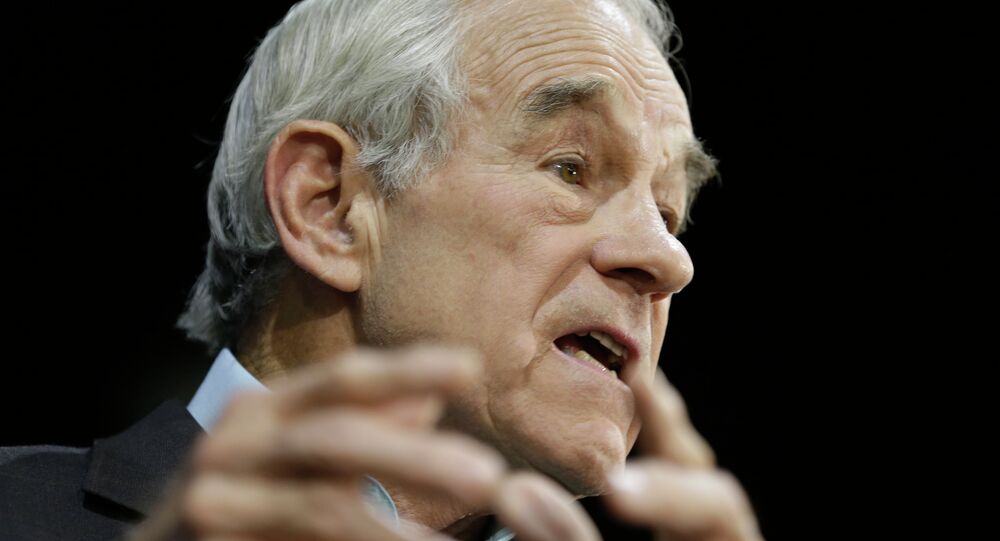 Former US presidential candidate Ron Paul has posted his thoughts on the US shipment of lethal aid to Ukrainian soldiers, and the familiar role of American interventionism.

“Our policy in Ukraine is a far cry from ‘neutrality,’ staying out of the internal affairs of others, or avoiding entangling alliances,” Paul writes. “It is more like being the policeman of the world and claiming the title of the greatest arms manufacturer of all history.”

On the Ron Paul Institute's website Wednesday, the former congressman listed several of his concerns with the Obama administration’s plan to arm Ukrainian fighters. Among them, that this newest example of American entanglement comes at the expense of US taxpayers, something that Ukrainian President Petro Poroshenko has “no doubt” will be carried through.

“Of course it’s all to stop ‘Russian aggression’,” Paul writes.

Paul also goes on to emphasize that the US “propagandists” have yet to provide any evidence for its claims that Russian troops are participating in the conflict.

“It would be nice if the young victims of wars started by old people and foreigners would just go on strike and refuse to fight,” he says.

Over the last week, the Obama administration has promised to reconsider sending lethal aid to Ukrainian soldiers fighting rebels in the country’s east. In the past, Washington has limited its support to nonlethal aid, such as gas masks, night-vision goggles, and body armor.

Several key US officials have expressed interest in adding arms to those shipments. These include Secretary of State John Kerry, Chairman of the Joint Chiefs of Staff Martin Dempsey, and outgoing Defense Secretary Chuck Hagel.

The interest comes largely as a response to increased violence in Ukraine in recent weeks. 12 people were killed last Friday after intense shelling in the city of Donetsk.