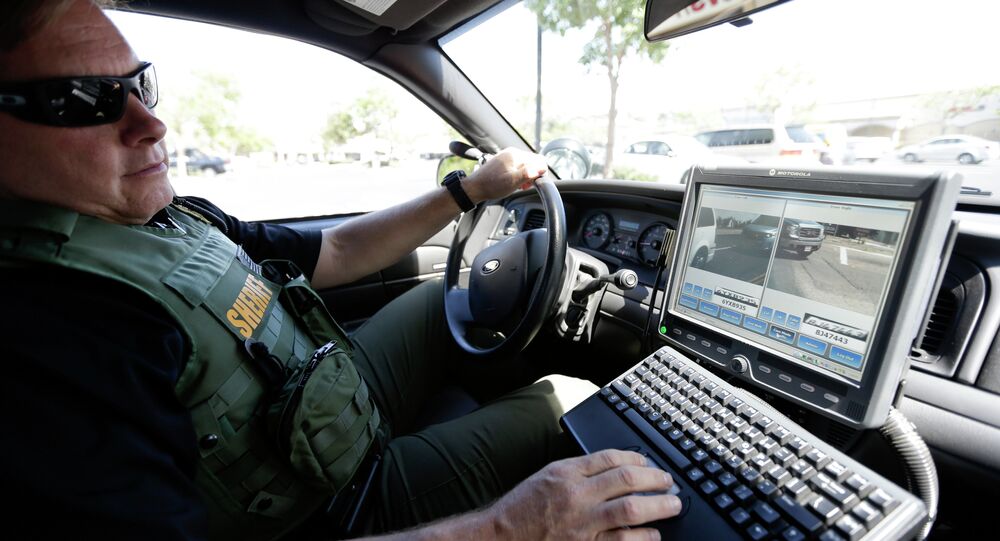 It came to light last week that the Drug Enforcement Agency has been using license plate readers to build a massive database of drivers’ movements. Now, new documents reveal that the DEA is also photographing millions of people inside of their cars.

New documents obtained by the American Civil Liberties Union under the Freedom of Information Act show that the DEA has been taking photos of vehicle occupants and storing them in its network as part of its license plate-tracking program. These photos were “sometimes clear enough for investigators to confirm identities,” according to the ACLU.

Automated license plate scanners, or ALPRs, have been used to track vehicle movement since 2008. They’ve been placed along major highways throughout the country, particularly along the US-Mexico border. But these scanners also record images of both drivers and passengers.

“Occupant photos are not an occasional, accidental byproduct of the technology, but one that is intentionally cultivated,” the ACLU said Thursday.

This would seem to contradict law enforcement’s claims that the program does not violate individual privacy.

“This argument is thin already, but it certainly doesn’t fly with regards to photographs of the driver or passengers inside of a vehicle,” said the ACLU.

It’s particularly troubling given improving technology in electronic facial recognition. Vigilant Solutions, one of the main providers of ALPRs, has also developed an app that integrates facial recognition into the license plate readers.

“Tracking movement and saving individuals’ photos is particularly worrisome if the DEA is targeting First Amendment-protected activity,” the ACLU said. “…An automatic license plate reader cannot distinguish between people transporting illegal guns and those transporting legal guns, or no guns at all.”

The DEA claims the program is necessary to combat drug trafficking, and a crucial tool in asset forfeiture.  Asset forfeiture allows law enforcement to confiscate any cash or property they believed to be linked to a crime. Drug money, for instance, can be seized, and then used to help pay for expenditures of the police department.

Even aside from the recent revelations about the DEA, asset forfeiture laws have come under scrutiny recently for potentially encouraging corruption. A federal civil rights suit filed in 2009 accused a number of police officers in Shelby County, Texas, of stealing money and valuables from black motorists.

The DEA also says its license plate-tracking program has been connected to the Amber Alert system, helping law enforcement to locate missing children.

Still, the mass collection of data which allows federal agencies to track the movements of its citizens worries many.

In a letter to outgoing US Attorney General Eric Holder, Senators Chuck Grassley and Patrick Leahy wrote that they “remained concerned that government programs that track citizens’ movements, see inside homes and collect data from the phones of innocent Americans raise serious privacy concerns.”