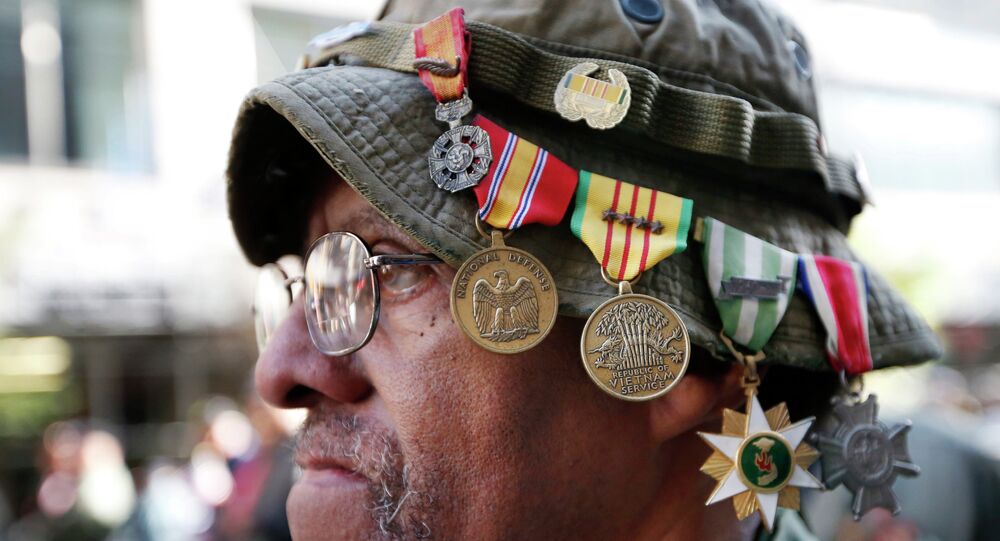 A bi-partisan group of senators, led by senators Richard Burr and Jeff Merkley, stated in a letter to the US Department of Veterans Affairs that Vietnam veterans exposed to the chemical Agent Orange should be provided full benefits.

© AFP 2021 / Saul LOEB
US Senators Say Veterans Affairs Executives Should be Financially Accountable for Corruption
WASHINGTON (Sputnik) — The US Department of Veterans Affairs (VA) should immediately provide full benefits to veterans exposed to the chemical Agent Orange in contaminated C-123 aircraft during and after the Vietnam War, a bi-partisan group of senators led by senators Richard Burr and Jeff Merkley said in a letter to the VA head Robert McDonald.

“It is our desire to see that C-123 veterans, who suffer today because of service-related exposure to Agent Orange receive the help they need,” the letter, issued on Wednesday, said.

The senators said the VA’s failure to provide benefits to all but one veteran has been disappointing.

© REUTERS / Mike Segar
US Senator Pushes Bill to Provide Veterans Adult Children Healthcare Insurances Until Age of 26
“Despite multiple Air Force reports going back to 1979, showing that the C-123s were contaminated, numerous expert opinions from inside and outside the government suggesting these veterans were exposed to Agent Orange and other toxins, and a judge’s order stopping the resale of these C-123s because the planes were a ‘danger to public health,’ the VA to-date has doggedly insisted there is no possibility that post-Vietnam era C-123 veterans might have been exposed to dangerous levels of Agent Orange,” the letter, issued on Wednesday, said.

The Institute of Medicine released a report in January that found 1500 to 2100 veterans were exposed and sickened by traces of Agent Orange in C-123 aircraft that were not properly decontaminated. The report indicated that service members flew in the C-123 airplanes until 1982.

The United States sprayed 12 million gallons of Agent Orange during the Vietnam War, according to a study in the journal Nature. The United States used Agent Orange to destroy crops used to feed its adversaries, clear perimeters of military installations of foliage, and eliminate the cover that the jungle provided to its enemy.

The US banned Agent Orange in the 1970s and destroyed existing stocks.

Veteran with PTSD Getting Review of Murder Conviction