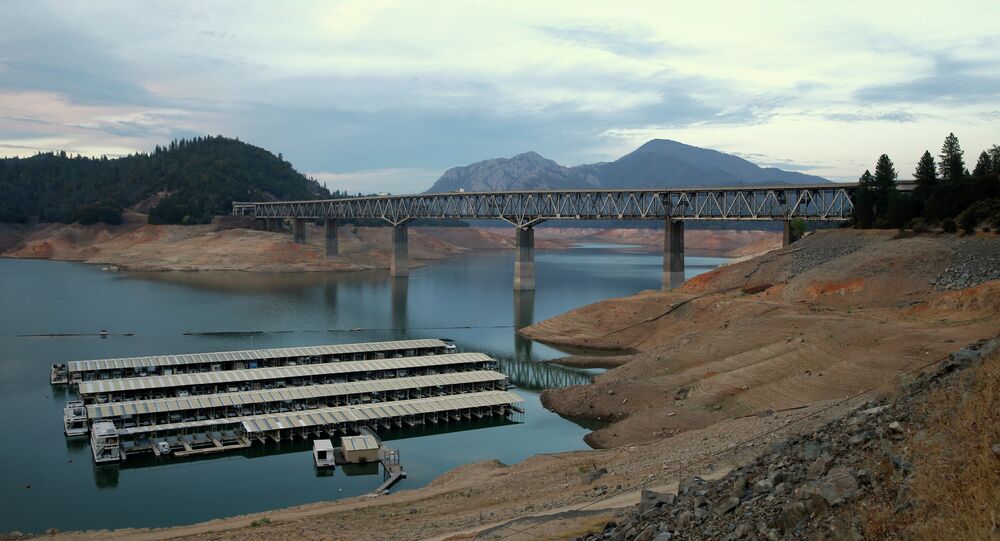 California Needs to Investigate Contamination of Water by Oil Industry

Acording to Oil and Gas Program Manager at Clean Water Action Andrew Grinberg, California Water Resources Control Board should carry out more testing and monitoring of all the potentially impacted water wells in the state’s Central Valley.

“There is really a need for a much deeper dive, and more testing and monitoring of all the potentially impacted water wells nearby, as well as those aquifers closer to the injection wells,” Grinberg said Wednesday, referring to the testing conducted by the State Water Board in the area earlier.

State administration says there have been no signs of drinking water contamination, however, according to the expert, the testing was incomplete, as the officials only looked at a few different water wells at that time.

YOUTUBE/Dahboo777
Company Tells Californians Black, “Smelly” Water is OK to Drink
“What they found were elevated levels of some contaminants, however, they were not able to make a determination that it was because of the oil injecting activity,” Grinberg said.

The board of California Environmental Protection Agency is required to conduct testing under the Safe Drinking Water Act of 1974, which includes Underground Injection Control Program. However, in California the whole program was mismanaged, the expert explained. As the result, oil companies built several hundred waste-disposal wells in the Central Valley. They were feeding into groundwater, which otherwise could be used for drinking.

© Sputnik / Alexander Liskin
Alaska Safe From Fukushima Radioactive Contamination: Official
“In regard to water contamination, this has been an ongoing problem that the State Water Board and other state agencies are continuing to focus on and will continue to do so,” Public Information Officer for State Water Resources Control Board Andrew DiLuccia told Sputnik.

Oil and Gas Program Manager at Clean Water Action Andrew Grinberg said that additional problems from the oil industry would be on top of already severely impacted ground water quality from agriculture.

At the moment California is facing a February 6 deadline to inform Environmental Protection Agency (EPA) on whether the contamination did happen and how it intends to solve the problem.

“If it is confirmed that these wells are injecting into potential sources of drinking water, and it may be as many as 500 wells or so, we would expect and really hope that our regulators both of the federal and state level would immediately shut them down and make sure that they stop injecting this waste water,” Grinberg said. “We would really hope that they put public health above oil industry profits,” he added.

According to US EPA estimations, California will need about $40 billion to develop infrastructure and ensure the delivery of safe drinking water.