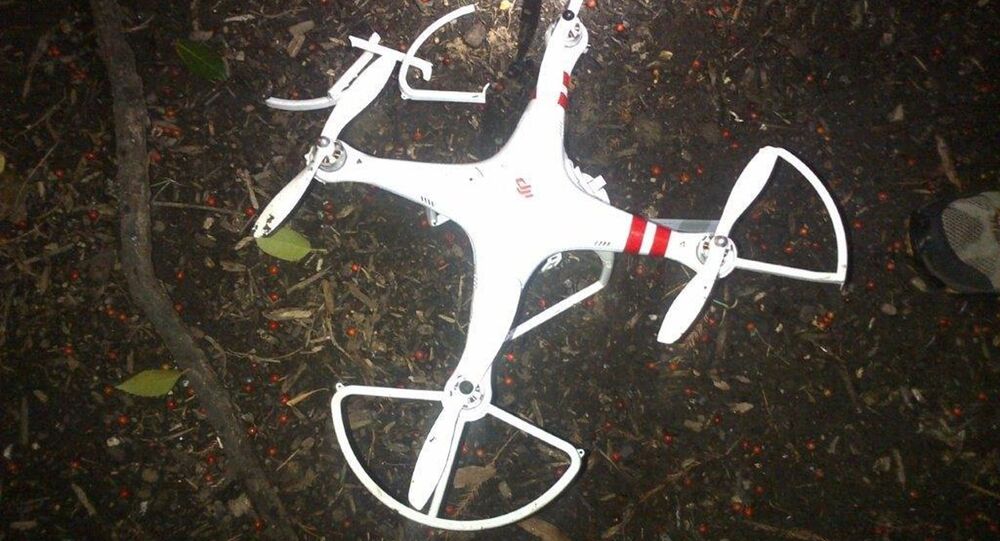 US Senator claims that US Federal Aviation Administration has to adopt new regulations requiring unmanned aerial vehicle manufactures to apply technology in drones that would restrict their routes.

WASHINGTON, January 31 (Sputnik) — The US Federal Aviation Administration (FAA) has to adopt new regulations requiring unmanned aerial vehicle manufactures to apply technology in drones that would restrict their routes, US Senator from New York Charles Schumer said in a press release.

“Schumer urges FAA to require drone manufacturers to limit where drones can fly and avoid collisions; using built-in software and GPS, manufacturers can develop technology to ensure drones cannot fly near airports or aircrafts, or over high-risk security areas like the White House,” the press release read.

© REUTERS / U.S. Secret Service//Handout via Reuters
Man Who Crashed Drone on White House Lawn Was Drunk
The Senator from New York pointed out that some drone manufacturers are already developing technologies to create “no-fly zones near airports, over restricted airspace like the White House and above certain elevations to avoid aircraft like NYPD [New York Police Department] helicopters.”

Early Monday morning a crashed drone was found on the grounds of the White House. The investigation into accident found that the drone was operated by an employee of the National Geospatial-Intelligence Agency who was drinking at his apartment and lost control of the unmanned aerial vehicle.