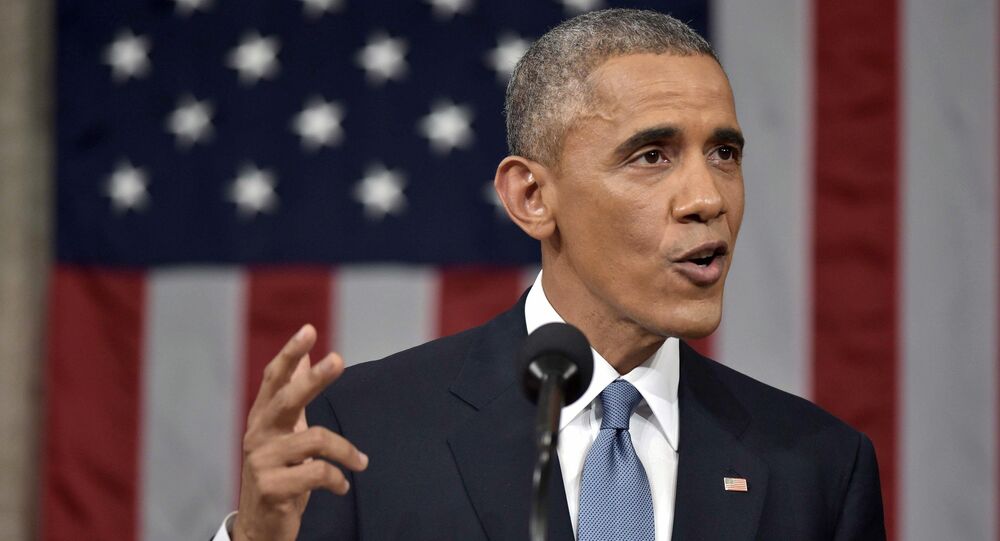 The new US president budget proposal will include a new precision medicine initiative, US President Barack Obama said.

© AP Photo / Evan Vucci
Obama's Approval Rating Among Active Duty Military Plummets to 15%
WASHINGTON, January 30 (Sputnik) — The new US president budget proposal to be presented to US Congress on Monday will include large investment in precision medicine, US President Barack Obama said on Friday.

“The budget I send this Congress on Monday will include a new precision medicine initiative that brings America closer to curing diseases like cancer and diabetes, and gives all of us access potentially to the personalized information that we need to keep ourselves and our families healthier,” Obama announced.

Obama stressed that good news is that there is bipartisan support for the precision medicine initiative that is supposed to give “one of the greatest opportunities for new medical breakthroughs.”

Official White House Photo by Pete Souza
Obama Likely to Sign Proposed Budget Bill for 2015: White House
The initiative includes cooperation with the Nation Cancer Institute to find genetic factors that can lead to cancer, with the Food and Drug Administration to develop new approaches for evaluating next generation genetic tests and with the National Institutes of Health to create a research group of 1 million volunteers, Obama specified.

The US president underscored that the newly launched Precision Medicine Initiative will “lay the foundation for a new generation of life-saving discoveries.”

“Every dollar we spend to map the human genome has already returned $140 to our economy, there is a huge economic stake in us tapping into this innovation,” Obama said stressing that the most important impact these investments may have “can not be measured in dollars.”

According to the White House, the President’s 2016 Budget proposal includes a $215 million investment in the Precision Medicine Initiative.