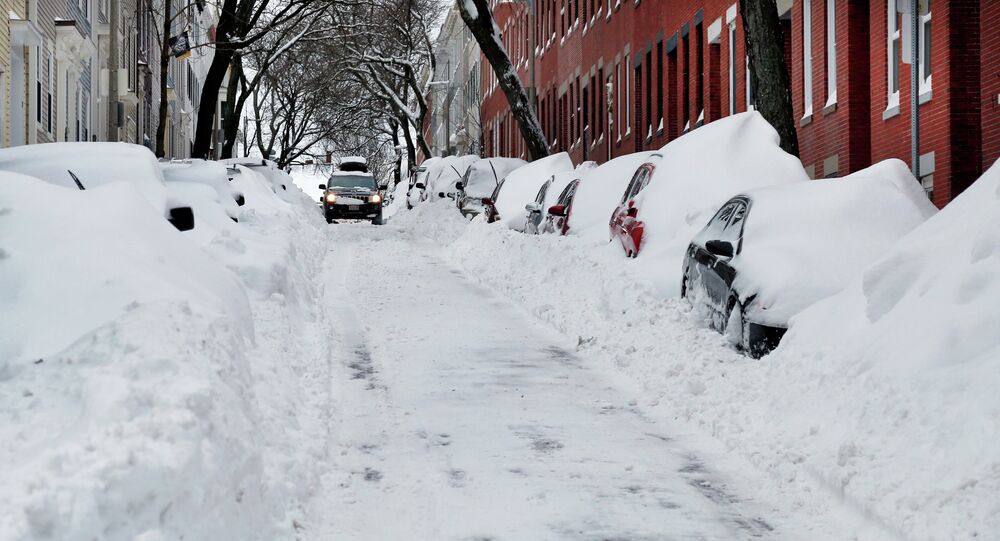 US Secretary of State Kerry Fined $50 for Not Cleaning Snow

While attending to diplomatic matters overseas, US Secretary of State apparently overlooked an issue of a more domestic nature: he has been fined $50 for not removing snow near his multi-million-dollar townhouse in Boston, following the Mayor of Boston's insistence that homeowners either clear the way after the recent snowstorm or face a ticket.

© Sputnik / Dmitriy Gornostaev
State of Emergency Declared in Seven US States Because of Heavy Snowstorm
MOSCOW, January 30 (Sputnik) – US Secretary of State John Kerry has been fined for not clearing snow near his home in Boston.

The $50 ticket was issued to the politician after he failed to clear the sidewalk in front of his Beacon Hill property.

As it turned out, the Secretary of State was not at the Boston home when the massive snowstorm hit the city. He was in Saudi Arabia along with President Barack Obama, expressing condolences over the death of King Abdullah and meeting the country's new monarch, King Salman.

"Diplomats — they're just like us," State Department spokesman Glen Johnson was quoted by The Boston Herald as stating. "Secretary Kerry was working overseas while the blizzard packed a wallop back home, and unfortunately his snow removal company misconstrued yellow hazard tape along the sidewalk — put up to warn of falling snow and ice overhead — as police tape and thought that part of the sidewalk was off limits."

"Once they understood they were allowed to enter the area," the statement adds, "the contractors finished the sidewalk late morning.  The snow has all been shoveled now; the Secretary will gladly pay the ticket, and let's hope this is the last blizzard of the year."

The ticket should not be any skin off the nose of the seasoned politician; according to Zillow.com, the estimated value of the 769.8 square meter residence is over $15.5 million dollars, and the erstwhile Boston Brahmin paid $138,265 in property taxes on the home in 2014.

Boston Mayor Martin J. Walsh had warned everyone in the city — even his own agencies — to clear the way after the storm or face a ticket.