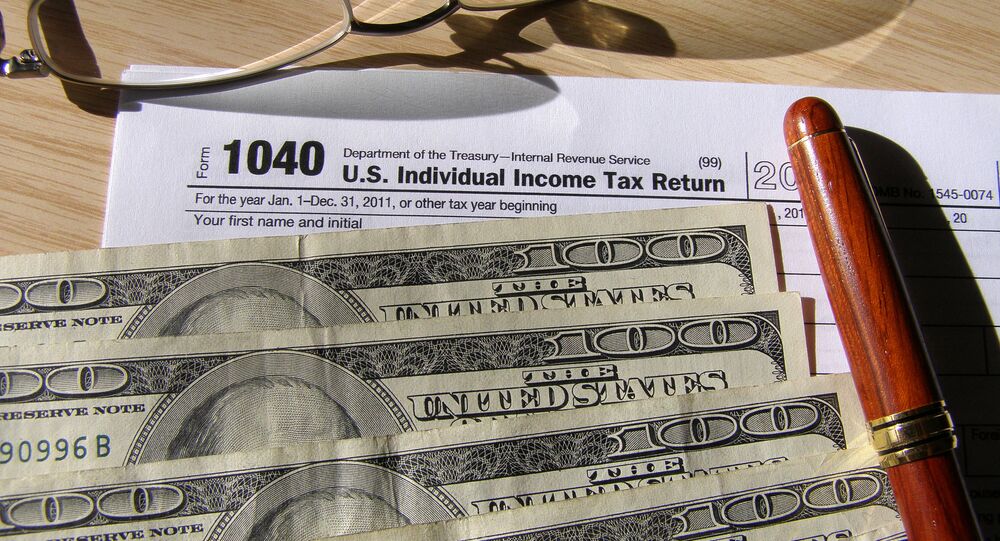 As tax season approaches, everyone dreads a run-in with the IRS. But how would you feel if the Internal Revenue Service had legally declared you dead? That’s exactly what happened 94-year-old Siegfried Meinstein.

The German-born World War II veteran discovered the unfortunate news after his accountant filed Meinstein’s taxes online. The tax return was denied because the Social Security Administration had listed the filer as deceased.

“It isn’t really a problem in my daily life,” the Ohio resident told the Columbus Dispatch. “Everybody accepts my money.”

Meinstein’s family is currently fighting with the IRS to prove he’s alive. After last year’s return was rejected, Meinsten’s son Ron took his father, who cannot stress enough he is very much alive, to the local Social Security Administration office in Columbus. After proving that the elder Meinstein was perfectly well, the father and son were given a letter to send to the IRS.

But the IRS explained they could not do anything without an official correction form from Social Security.

Meinstein’s is not an isolated occurrence: Social Security has made these kinds of mistakes before.  According to the SSA’s Office of the Inspector General, the Administration kills off around 1,000 people each month. It’s usually a pretty quick and simple fix that requires a form and couple of signatures.

Despite the fact that the Social Security office understands that Meinstein isn’t dead, the IRS holds firm in their position.

In August, the Meinsteins visited the IRS office, and after an agent saw Siegfried very clearly alive, he set to work fixing the problem.

But a short while later an IRS notice appeared in the mail.

“We are unable to process your tax return. Our records indicate that the person identified as the primary taxpayer… was deceased prior to the tax year shown on the tax form.”

The same notice showed up in September, and later November.

Crystal, Rob Meinstein’s wife, contacted the Taxpayer Advocate Service in hopes that they could help finally help put an end to the nightmare. The organization thought the problem would be resolved by December, but instead the Meinsteins got the same notice once again in the mail.

© Flickr / Cliff
The IRS is prohibited from discussing the specific casework of taxpayers.

IRS spokeswoman Jennifer Jenkins refused to address Meinstein’s case with the media because of privacy issues. She did explain that the IRS does not regulate all the information gathered from Social Security, so the organization does not always know if the information is incorrect.