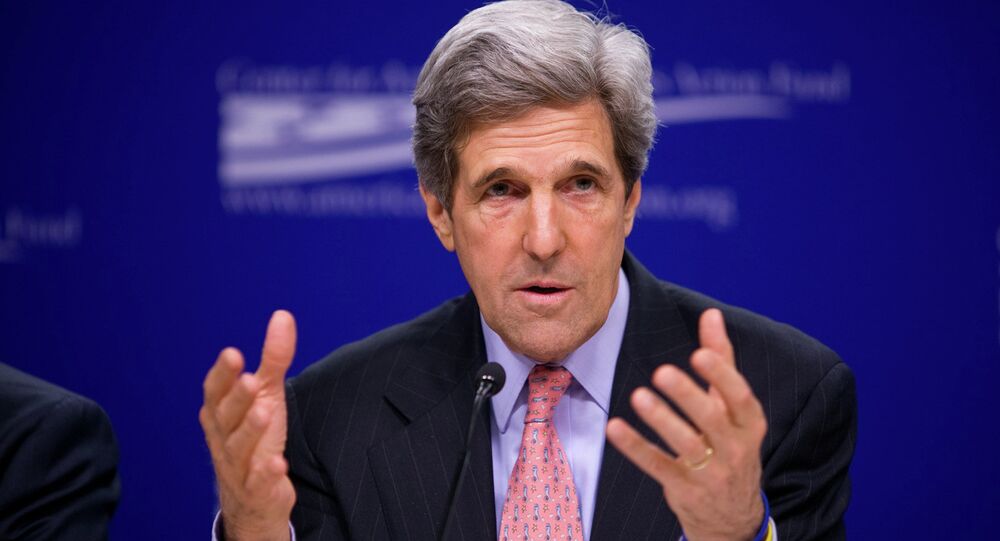 John Kerry Fined for Not Clearing Snow from Sidewalks After Blizzard

When Boston Mayor Martin Walsh vowed to crack down on anyone who left the sidewalks in front of their homes and businesses buried in snow following a blizzard earlier this week, Walsh meant anyone.

Boston police on Thursday slapped Secretary of State John Kerry with a $50 fine for failing to shovel the walk in front of his Beacon Hill mansion after a blizzard dumped two feet of snow on the city.

“Diplomats – they’re just like us,” quipped Kerry’s spokesman, Glen Johnson. “Secretary Kerry was working overseas while the blizzard packed a wallop back home.”

While Kerry was in Saudi Arabia with President Barack Obama attending the funeral of King Abdullah, a snow-removal company did not shovel the white stuff from his sidewalk because it was blocked off by tape, the Boston Globe reported.

The yellow hazard tape was put in place to warn pedestrians of falling snow and ice from atop the building, but workers confused it for police tape and thought that section of the sidewalk was off-limits.

Yet the city was unsympathetic, and nonetheless issued the fine in a very public rebuke of one of its most famous residents.

Once the shovelers understood they were allowed to enter the area, they finished clearing the sidewalk late Thursday morning.

“The snow has all been shoveled now, the secretary will gladly pay the ticket, and let’s hope this is the last blizzard of the year,” Johnson said.

Talk about a snow job by the globetrotting diplomat.