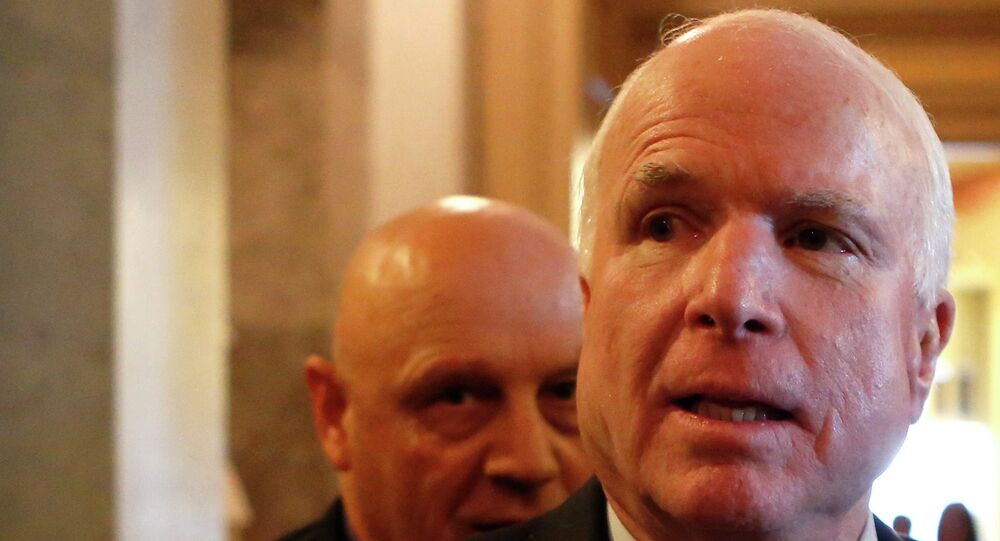 Code Pink anti-war protesters interrupted a Senate Armed Services hearing by calling for the arrest of former Secretary of State Henry Kissinger. The activists blamed Kissinger for overseeing "the slaughter in Vietnam, Cambodia and Laos" from 1969 until 1973.

McCain, who chairs the Senate Armed Services, told the protesters to "shut up." As they were escorted out of the hearing room by Capitol Hill police, McCain added, "Get out of here you low life scum." He apologized to Kissinger for the disruption.

Code Pink is an anti-war movement formed in 2002 just ahead of the US military intervention in Iraq.

Protesters shouted that Kissinger, who was working for 37th US President Richard Nixon, oversaw "the slaughter in Vietnam, Cambodia and Laos" from 1969 until 1973, where thousands of people were killed. One of the protesters said also that Henry Kissinger was behind the 1973 coup in Chile.

According to a document released by the US Central Intelligence Agency in 2000, the United States actively supported the military junta in Chile after the overthrow of president Salvador Allende.