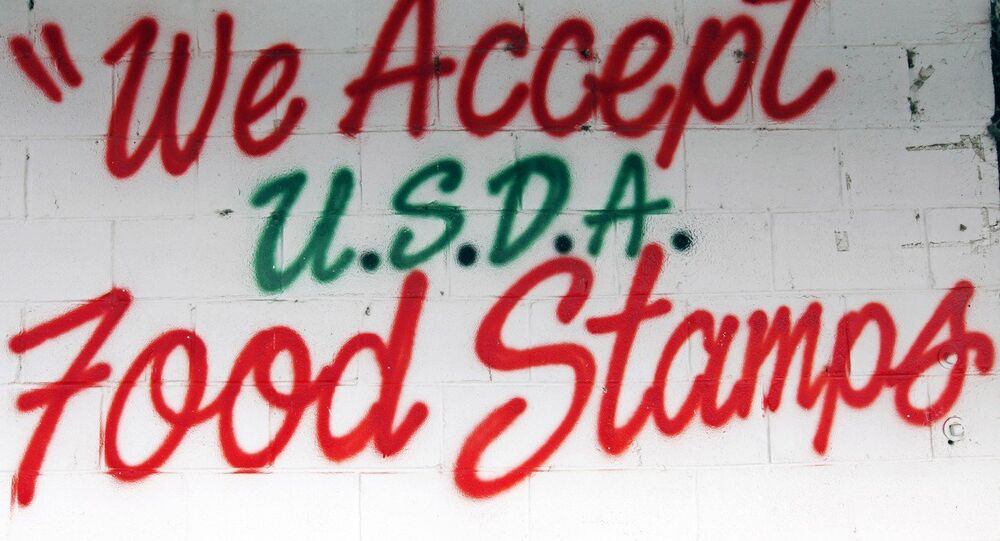 More than 20 percent of US children are on food stamps and live in poor or extremely poor conditions, according to two separate reports released by the US Bureau of the Census and the Children's Defense Fund's advocacy group.

"The number of children receiving food stamps remains higher than it was before the start of the Great Recession in 2007," the country's main statistical office says.

According to the Census Bureau's data, nearly half of the children who live on food stamps come from single-mother households, followed closely by children who live with two unmarried parents and those with "no parent present."

"It is a national moral disgrace that there are 14.7 million poor children and 6.5 million extremely poor children in the United States of America, the world's largest economy," said a report by the non-profit group.

A study by the Southern Education Foundation published earlier in January revealed that for the first time in the last 50 years more than half of US public school children live in low-income homes.

In 2013, the official US poverty rate was 14.5 percent, according to the US Census Bureau. For the third consecutive year, over 45 million people in the United States were living at or below the poverty line.