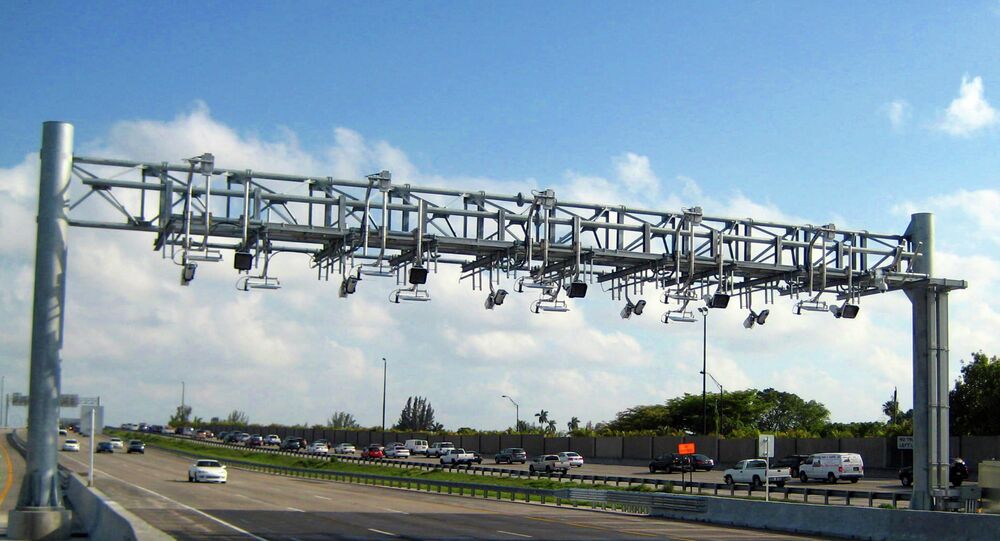 The US national license plate reader program, collecting data on American drivers, raises concerns about privacy and the ability of people to travel freely.

"When they [US federal agencies leading the program] talk about how forfeiture and seizure is one of the main aspects of why they use this…then I don't necessarily think that makes us safer," Dave Maass told Sputnik on Tuesday. "I don't think as a whole it [the program] is particularly effective proportionally speaking. I think they're collecting a lot of information on innocent people that could be used for negative purposes down the road."

The US Drug Enforcement Agency (DEA) with the help of the Justice Department (DOJ) has been operating the National License Plate Recognition Initiative since 2008, a program that connects the agency's license plate readers with ones from other law enforcement agencies around the United States, according to documents obtained by the American Civil Liberties Union (ACLU) from the DEA. However, the ACLU says that the DEA "has provided limited information to the public on the program's goals, capabilities and policies."

© Flickr / Torkild Retvedt
Iceland: A New Safe Haven for Data Privacy?
The license plate reader program allows the DEA to track and collect data on suspicious US citizens movements from around the country in order to identify areas that would potentially be used for "contraband transport" so that the agency can meet its goals in "asset forfeiture," according to documents obtained from the DEA by the American Civil Liberties Union (ACLU). Additionally, the DEA is able to hold the data for about six months.

"It"s [the DEA program] starting to be this massive monster of a data collection system and it definitely raises some concerns about privacy and the ability of people to travel freely, go where they want to go without the government having a record of all of their whereabouts," Maass said.

Maass told Sputnik that EFF was also in the process of working on a lawsuit in Los Angeles, California over the automatic license plate reader program.

"We [EFF] want people to be able to feel free to speak and feel free to organize, feel free to travel without having the government keeping an ever watchful eye on them, it's not the nature of our system," Maass said.

© Flickr / BlondieISFC
UK Intelligence Spying on Journalists Neglects Privacy, Press Freedom
Information about the DEA's license plate surveillance program arrives amid rising concerns about the scale of US government spying on its own citizens, following the disclosure of NSA mass surveillance programs by whistleblower Edward Snowden in 2013.

It is not yet clear whether any American court has supervised or approved of the collection of information on US drivers, and the Department of Justice did not respond to Sputnik's requests for additional information on the program.