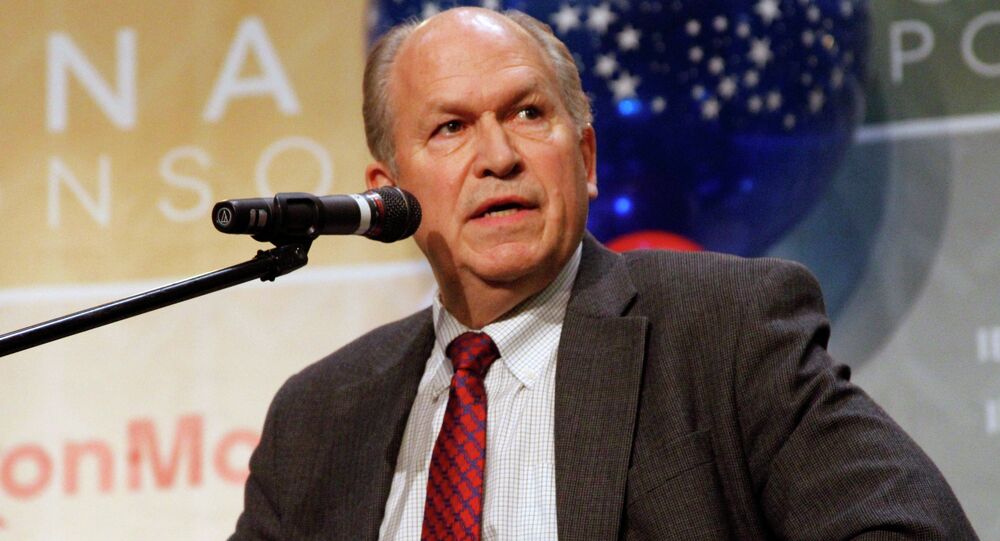 The Alaskan economy, overwhelmingly dependent on oil revenues, is likely to face a $3.5-billion budget deficit in 2015.

"We are sort of in the process of looking at what we can consolidate, what we can do more efficiently, etc., and sort of make some reductions first, and we think that is a correct priority before we try to look at different sources of revenue. So that is what we're doing now – looking at the expense side," Walker said, in an exclusive interview Tuesday.

© Flickr / Paul Lowry
US Vice President Says US Expects Oil Prices to Remain Low for Next Several Years
"Our oil pipeline in Alaska is about 3/4 empty and so we'd like to put more oil into it. And one way we can increase the revenue is by more oil. So we are working on that part as well," Walker said.

Global oil prices have fallen about 50 percent since summer 2014, from about $110 a barrel to less than $50. Experts have predominantly associated the drop in oil prices with the oversupply in the market, aggravated by the decision of the Organization of the Petroleum Exporting Countries (OPEC) to keep oil output at its current high levels.