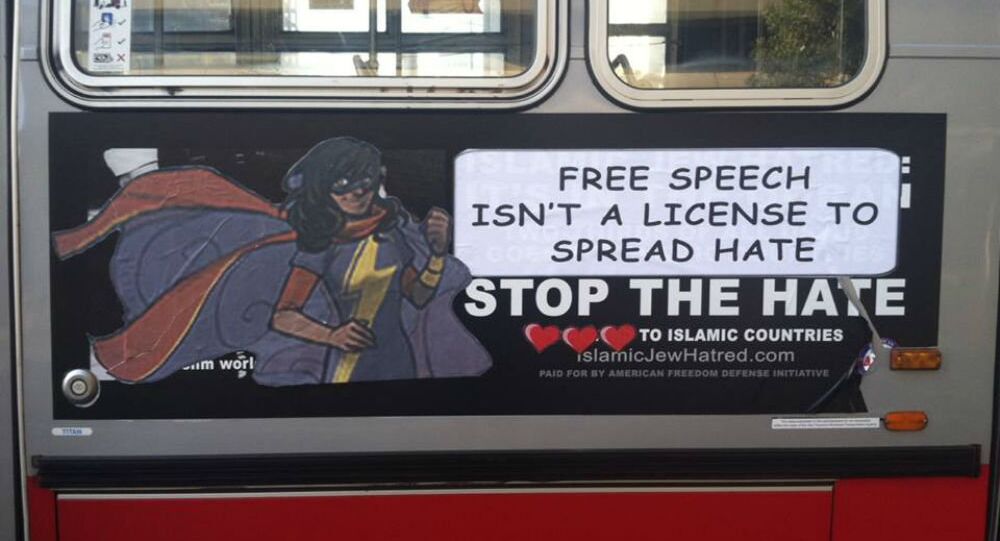 Anti-Muslim bus advertisements in San Francisco have been covered up with posters of a Muslim comic book superhero carrying anti-discrimination messages. 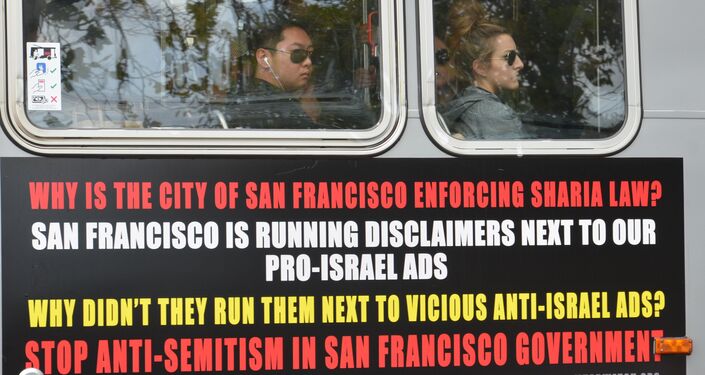 Some claimed the Koran orders followers to hate Jews. 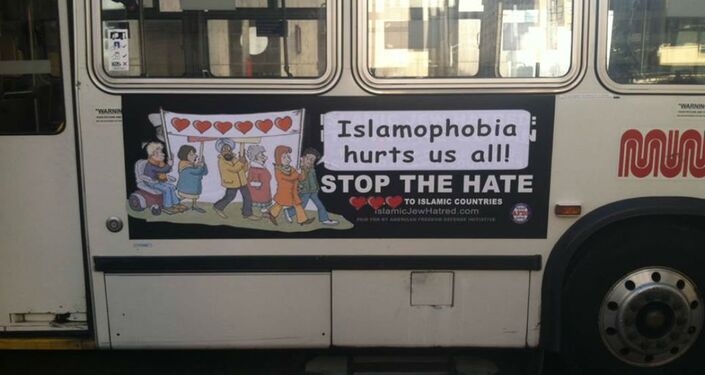 Others say “Islamophobia hurts us all” and urge “bigotry busters” to “stamp out racism.”

AFDI Founder Pamela Gellar explained to Reuters that those ads are the only way to talk to the American people.

The Houston-based group is well-known for placing ads in major U.S. cities critical of Islam.