Rattled in the latest of a series of security breaches, the Secret Service was bested Monday morning by a small drone. Far from the sinister machines flying above Afghanistan, this drone can be bought on Amazon’s ‘Top 10’ toy list, and it may force legislatures to make some regulatory decisions.

At 3 a.m. on Monday morning, while most people in the capital were asleep, bracing for a snowstorm that never came, someone was out. Secret Service agents stationed outside the White House heard a low buzzing in the darkness, and soon after, saw a small object hover over the property. Responding, they found wreckage of the device beneath a tree on the South Lawn.

We now know a few things. The “device,” as it was first called, was a remote-control “quad copter” known as the DJI Phantom 1, easily available online for $450. With a two-meter circumference, these drones are small and only capable of flying an estimated 50 yards.

We also know, roughly, who was responsible. While the Secret Service hasn’t given an exact name, officials have confirmed that the pilot was a government employee – though not a White House employee – and that there was no malicious intent.

“Initial indications are that this incident occurred as a result of recreational use of the device,” a Secret Service statement reads.

Whoever this man was, he called the agency at 9:30 on Monday morning to confess that he had been the pilot of the toy quad copter that caused so much trouble.

The Secret Service has not explained why a government employee – who presumably had work the next day – was flying a toy at 3 a.m. in the middle of downtown D.C. Given the drone’s range, it was likely launched from Lafayette Square or one of the surrounding parks, which are not exactly residential neighborhoods.

Flying drones of any kind is illegal in the nation’s capital, and doing so in the heavily guarded area surrounding the White House would seem, to most, an unwise decision.

But the incident may force security experts to face the unavoidable future of small, unmanned drones.

Small as a Bird

Just days ago, the Department of Homeland Security held a conference in which they warned of the dangers posed by small aerial vehicles.  On display was the DJI Phantom, and mounted to the drone were three pounds of fake explosives, highlighting what even a small, harmless aerial device is capable of in the wrong hands.

TEDx SanDiego
Drones are no longer the stuff of science fiction, and no longer owned exclusively by governments that can afford the high cost.

While the Phantom 1 may seem expensive, it’s a far cry from the $5 million price tag of a Predator drone. There are also several other brands and models, ranging in cost from $60 to $2,000, and all available through major retail outlets like Amazon. Many of these come equipped with cameras.

Which is to say that drones are no longer the stuff of science fiction, and, even more recently, no longer owned exclusively by governments that can afford the high cost. Drones can be bought cheaply and launched from virtually anywhere.

Officials say that the Phantom is too small to carry an explosive payload strong enough to damage infrastructure, but it could certainly harm anyone outside along the grounds. Counterterrorism officials say aerial vehicles could also be outfitted to launch chemical or biological attacks.

Such a compact size also makes these drones difficult to shoot down. One military official told the New York Times that the Defense Department “typically scrambles fighter aircraft for aerial threats over Washington, but when it gets to a toy, that’s not something the military typically addresses.”

Taking down a DJI Phantom would require sharpshooting on the ground. Assuming a shooter even knows that a danger is present.

The Eagle Has Landed

“With the discovery of an unauthorized drone on the White House lawn, the eagle has crash-landed in Washington,” Senator Chuck Schumer of New York said Monday. “There is no stronger sign that clear FAA guidelines for drones are needed.” 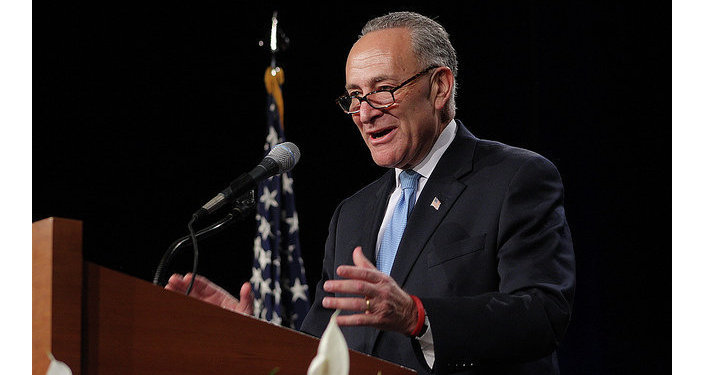 The Federal Aviation Association has been working to develop rules for commercial drone use since a Congressional push in 2012. It’s a difficult process that must incorporate large drones that could potentially interfere with passenger aircraft, as well small drones like the DJI Phantom.

In June, the FAA decided to permit recreational use for small drones as long as they’re flown below 400 ft. and avoid airports.

“We want people who fly model aircraft for recreation to enjoy their hobby – but to enjoy it safely,” Transportation Secretary Anthony Foxx said in June.

Even with an enforced ban on recreational use within the capital, incidents do still occur. In July, a person was questioned after flying a quad-copter near the Lincoln Memorial, and one day later, another drone was seen moving toward Reagan National Airport.

“The drone that landed in the White House you buy in Radio Shack,” President Obama said Tuesday. “There are incredibly useful functions that these drones can play in terms of farmers who are managing crops and conservationists who want to take stock of wildlife. But we don’t really have any kind of regulatory structure for it.”

With both Congressional and Executive push for new regulation, you may want to buy that drone you’ve been wanting before they’re taken off the market.