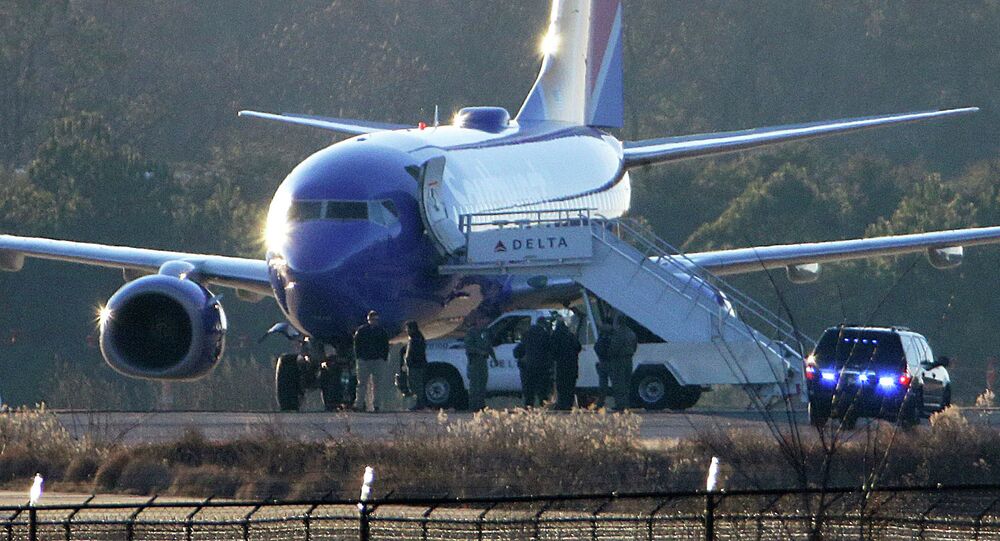 Commercial Flight Evacuated, Two Others Diverted Over Bomb Threat in US

A Delta airlines flight from Los Angeles to Orlando was diverted to Dallas following tweeted reports of a bomb threat.

MOSCOW, January 26, (Sputnik) — A commercial plane was evacuated and at least two others were diverted Sunday over security concerns, USA Today reports.

Shortly after, the JetBlue flight from Long Beach, California and a SkyWest plane from Phoenix were evacuated upon arrival at Seattle-Tacoma International Airport over security concerns, AP reports.

© AP Photo / David Goldman
No Bombs Found on Planes at Atlanta Airport After Threats on Twitter
An FBI spokeswoman in Los Angeles said online threats targeted the JetBlue and Delta flights. She said there was no actual threat to the aircraft despite the threat made via Twitter.

Flight has landed safely passengers have deplaned and there are no injuries. The police department will continue to investigate.