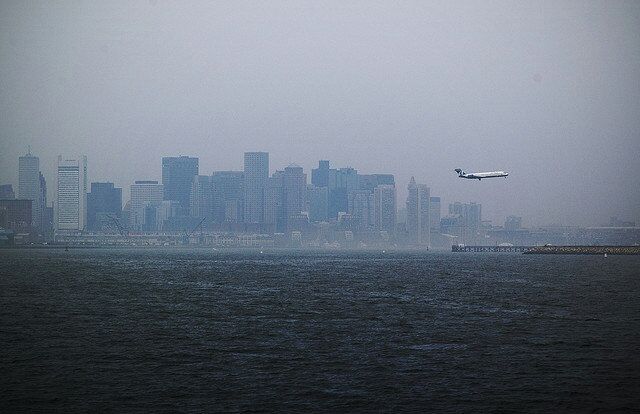 The US Transportation Security Administration said in a blog post that a record number of firearms were found by the TSA in 2014 in hundreds of airports throughout the United States.

WASHINGTON, January 23 (Sputnik) — A record number of firearms were found by the US Transportation Security Administration (TSA) in 2014 in hundreds of airports around the United States, the TSA reported in a blog post on Friday.

According to the post, "2,212 firearms were discovered in carry-on bags at checkpoints across the country, averaging more than six firearms per day."

© AP Photo / Seth Wenig
US Senator Says Airport Employees Should be Screened for Guns
The US Department of Homeland Security (DHS) called the TSA’s crackdown on firearms in a statement on Friday a "record-breaking year." The TSA intercepted firearms from 224 airports and saw a 22 percent increase in its discoveries compared to 2013’s total of 1,813, according to the agency.

Airports in Texas, Georgia, Arizona, Florida and Colorado were among the TSA’s top ten places where agents found illegal firearms in 2014.

Additionally, the TSA said that they screened more than 653 million people in 2014, over 14 million more people than in 2013.

The TSA’s announcement follows the US House of Representatives' passage of a budget that would reduce the number of airport screeners.

The legislation, House Resolution 240, is set to reduce TSA funding to $4.8 billion annually, a reduction of just over 2 percent, or $94.3 million, while the overall DHS budget will be increased by $400 million to $39.7 billion per year, according to a January House Committee on Appropriations press release.