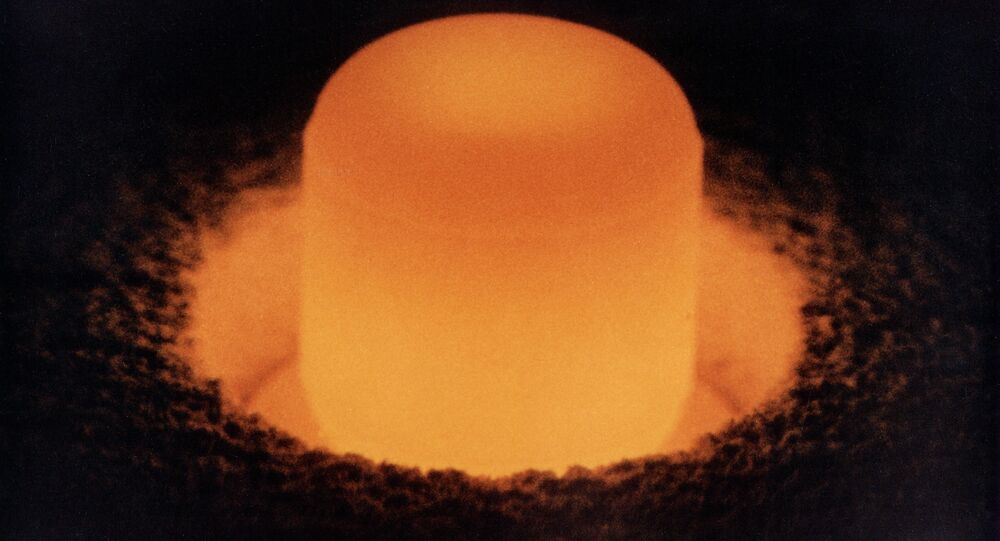 A spokesman for the US National Nuclear Security Administration said that Russia and the United States will continue cooperating in the field of nuclear security.

WASHINGTON, January 23 (Sputnik) – Russia and the United States will continue cooperating in the field of nuclear security, in particular, in disposing of surplus weapon-grade plutonium, a spokesman for the National Nuclear Security Administration (NNSA), part of the US Department of Energy, told RIA Novosti.

"The United States continues to cooperate with Russia on the disposition of surplus weapon-grade plutonium. This cooperation is governed by the U.S.-Russian Plutonium Management and Disposition Agreement," Derrick Robinson told RIA Novosti.

© Sputnik / Pavel Lisitsyn
Politics Won't Get in Way of Russia, US Nuclear Cooperation Through 2015
According to Robinson, NNSA expects that "Rosatom [Russia's nuclear conglomerate] will allow technical cooperation through 2018 with organizations focused on radiological source security efforts."

Robinson noted that the companies' work on repatriation of Russian-origin highly enriched uranium from third countries will continue. Bilateral exchanges on topics such as nuclear security culture, transportation security, training and regulatory development will carry on, he added.

On Thursday, Rosatom stated that cooperation between Russia and the United States on providing nuclear security will continue through 2015. According to Rosatom, the joint US-Russian nuclear safety programs were supervised by the working group on nuclear energy and safety, but in March 2014 the US Department of State suspended its work.