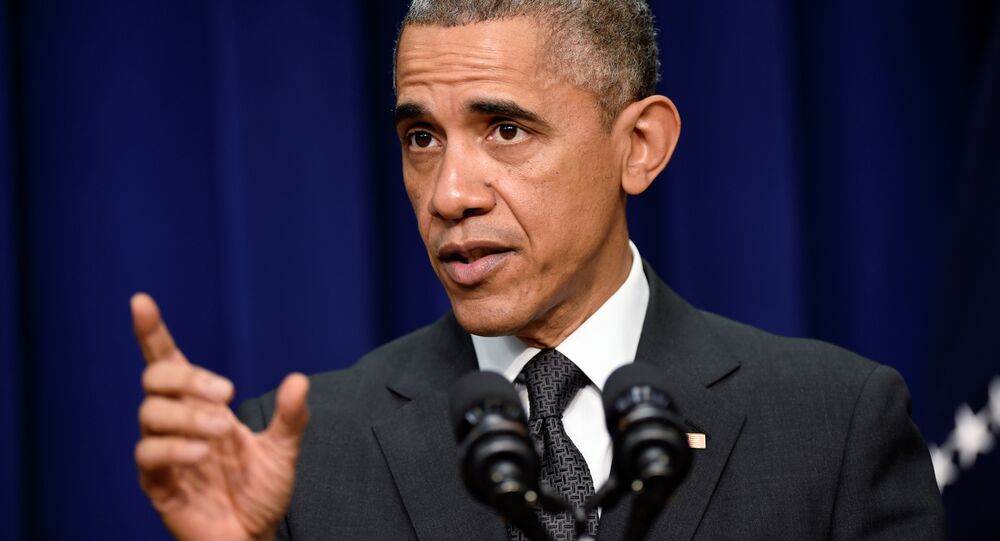 US President Barack Obama said during an interview that the cyber-attack against Sony Pictures Entertainment was not very sophisticated, and shows how susceptible US systems are to being hacked.

WASHINGTON, January 23 (Sputnik) — The cyberattack against Sony Pictures Entertainment was not very sophisticated, and shows how unsecure US computer systems are to hacks, US President Barack Obama said during an interview with YouTube creators on Thursday.

“You don’t have to have a lot of equipment in order to be able to do this hacking, in fact the hacking against Sony which we believe was done by North Korea, it wasn’t even that sophisticated,” President Obama said. “But it just goes to show how vulnerable we are.”

© Flickr / sean mason
Sony PlayStation, Microsoft Xbox Recovering From Hacker Attack by 'Lizard Squad'
President Obama’s remarks follow the November Sony cyberattack allegedly orchestrated by hackers from the North Korean government. The hackers demanded that Sony cancel the release of its film called The Interview which tells a story of an assassination attempt on North Korean leader Kim Jong Un. The threat from the hackers caused Sony to pull the plug on the film’s release.

President Obama said during Thursday’s interview that his administration was in the process of asking Congress to pass a law that would help the United States fight future cyberattacks that he said he was “confident that this is something that we can actually get some good bipartisan support for.”

The new cybersecurity proposal would help modernize law enforcement authorities to combat cybercrimes and criminalize the overseas sale of stolen US financial information, according to the White House. Penalties for computer crimes will be in line with other similar non-cyber illegal activities.