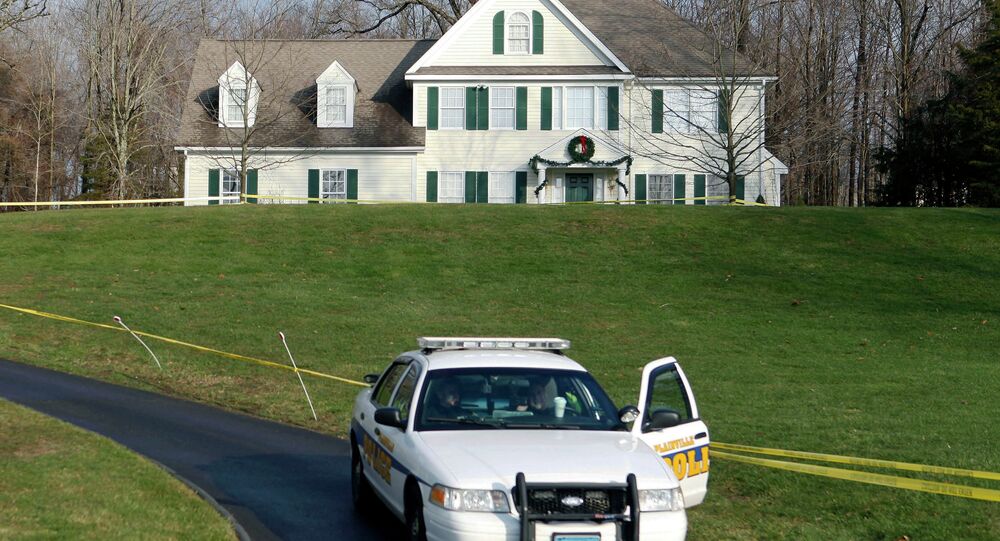 The Connecticut town’s legislative council voted Wednesday to tear down the house where Adam Lanza lived with his mother before he shot her and carried out the December 2012 massacre at Sandy Hook Elementary School.

The ten-member council voted unanimously to raze the house and to keep the property as open space. Hudson City Savings Bank, which had acquired the 3,100-square foot house, decided to deed it to the city at no cost.

Residents had long been asking town officials to tear down the house, which many feel is a painful reminder of the tragedy. On the morning of December 14, 2014, in the second floor bedroom of the large colonial, Lanza, 20, first shot his mother, Nancy. He then headed to the elementary school where he killed 20 children, six educators, and finally, himself.

© AP Photo / Julio Cortez
On December 14, 2012, Adam Lanza shot his mother at their home, now slated for demolition, before shooting 20 children and 6 educators at Sandy hook Elementary School, which was demolished in 2013.

One resident wrote to the council saying that her child’s bus stop had been moved from within view of the house, as children were scared to see it.

"Not only is the property a constant reminder of the evil that resided there,” said neighbor Dave Ackart, “those of us who walk, run, drive, ride or otherwise must pass it multiple times a day, are having a hard time moving on."

Ian and Nicole Hockley,  who lost their six-year-old son, Dylan, in the massacre, wrote that they had moved out of the neighborhood to avoid seeing the house.

There is no set date for removing the home from the 2-acre hilltop property, but First Selectwoman Pat Llodra said it would probably happen once winter is over.

The cost of the demolition has been estimated at around $27,000, and Legislative Council member Phillip Carroll has said that could be taken from the $260,000 left from a Sandy Hook fundraiser that generated around $1.2 million.

© AP Photo / Robert F. Bukaty
A memorial to the victims of the December 2012 shootings at Sandy Hook Elementary School. Residents of Newtown, Conn. say the shooter's home is a "a constant reminder of the evil that resided there."

The house at 36 Yogananda St., which the Lanza family bought in 1998, has been sitting vacant since the shootings. At it’s last appraisal, the house was valued at $523,620. Adam’s father, Ryan Lanza, who inherited his ex-wife’s house authorized the transfer of the house to the town.

All items were removed from the house and burned to thwart macabre souvenir-hunters. Neighbors do complain however, that tourists pass by the house on a regular basis to take pictures.

"I think it was the right thing to do for the families who live there and have to deal with the curiosity seekers," Mary Ann Jacob, a council member who had been a library aide on the day of the shooting, told CNN. "I think they should have their neighborhood back."