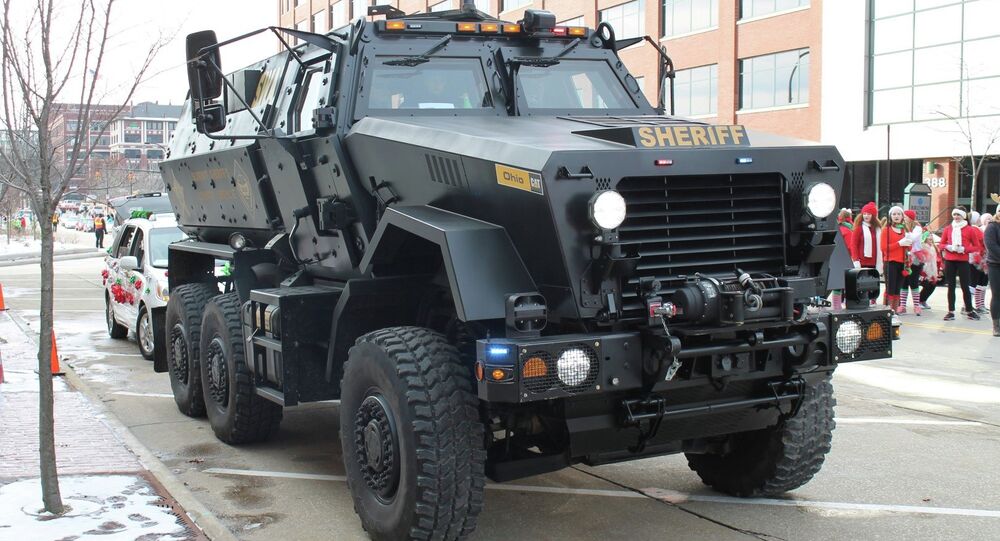 Bill Would Ban Police From Using Military Weapons in Tennessee

Amid the national debate about the militarization of police, a Tennessee lawmaker has proposed a bill that would prohibit state and local law enforcement agencies from owning or using military weapons and equipment.

State Senator Brian Kelsey, a Republican, introduced to the General Assembly legislation that would ban "certain military vehicles, aircraft and weaponry." The bill also would force departments to sell or dispose of any military equipment they currently own, the Johnson City Press reported.

“Traditionally, America has had a clear separation between the military and the police to ensure we remain in a free democracy,” Kelsey told the paper. “I think we can support both our police officers and our citizens by ensuring that our police officers are not viewed as the enemy. This bill is an important step in that direction.”

While it would ban any weapon that requires more than one person to operate, it would exempt weapons such as “magazine-fed, gas-operated, air-cooled rifles designed for semiautomatic or automatic fire,” which would include M16 and AR-15 rifles.

One of the main ways law enforcement departments across the country gain military equipment is through the Department of Defense Excess Property Program, which transfers surplus military weapons, vehicles, gear and more to local departments.

Congress authorized the Excess Property Program, also called the 1033 program, in the 90s to help local law enforcement fight gangs and drugs. Now, as America’s wars abroad wind down, weapons and equipment the military does not need, like mine-resistant ambush-protected vehicles, are being gifted to departments across the country.

Police militarization and the 1033 program was thrust into the spotlight when those protesting the shooting death of unarmed 18-year-old Michael Brown in Ferguson, Missouri, faced off with local police armed with assault rifles, gas masks and military vehicles.

President Barack Obama on Friday called for more federal oversight of the 1033 program and took steps to curb weapons transfers through an executive order, the Hill reported.

The president created a group of top Cabinet officials who will examine the program and recommend reforms to ensure that departments receiving the equipment are trained both in its use and in "the protection of civil rights and civil liberties" of local communities.

The group will also recommend which military equipment is appropriate to give to police, highlighting "those items that can only be transferred with special authorization and use limitations."