According to excerpts of the US President Barack Obama'a State of the Union speech, the president will argue the United States is supporting the moderate Syrian opposition and helping people face the “bankrupt ideology of violent extremism.”

WASHINGTON, January 21 (Sputnik) — US President Barack Obama will tell Americans in the State of the Union speech that US leadership is blunting the advance of the Islamic State, according to excerpts of the speech provided by the White House Press Secretary's Office on Tuesday. 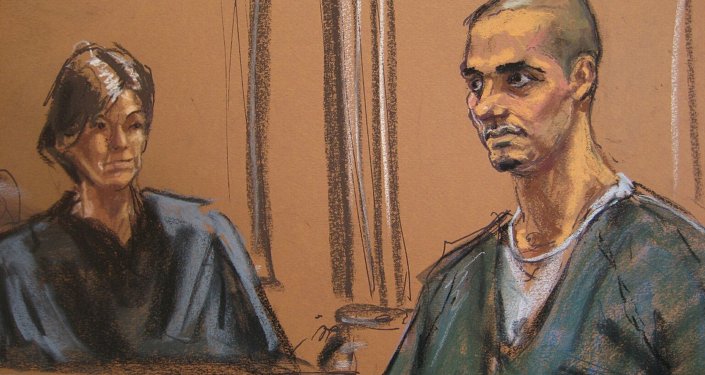 © REUTERS / Jane Rosenberg
New York Man Sentenced to 15 Years for Supporting Al-Qaeda Plot
“In Iraq and Syria, American leadership – including our military power – is stopping ISIL’s advance. Instead of getting dragged into another ground war in the Middle East, we are leading a broad coalition, including Arab nations, to degrade and ultimately destroy this terrorist group,” Obama is announced to say tonight, talking about Islamic State.

Obama will argue the United States is supporting the moderate Syrian opposition and helping people face the “bankrupt ideology of violent extremism.”

“This effort will take time. It will require focus. But we will succeed,” Obama will tell the nation, calling on Congress to pass a resolution to authorize the use of force against the Islamic State.

US President Barack Obama will be delivering his State of the Union address on Tuesday at 9:00 p.m. local time (4:00 GMT), laying out his policy agenda before the Republican-controlled US Congress, discussing tax hikes for the rich, cybersecurity legislation, criminal justice and immigration reforms.