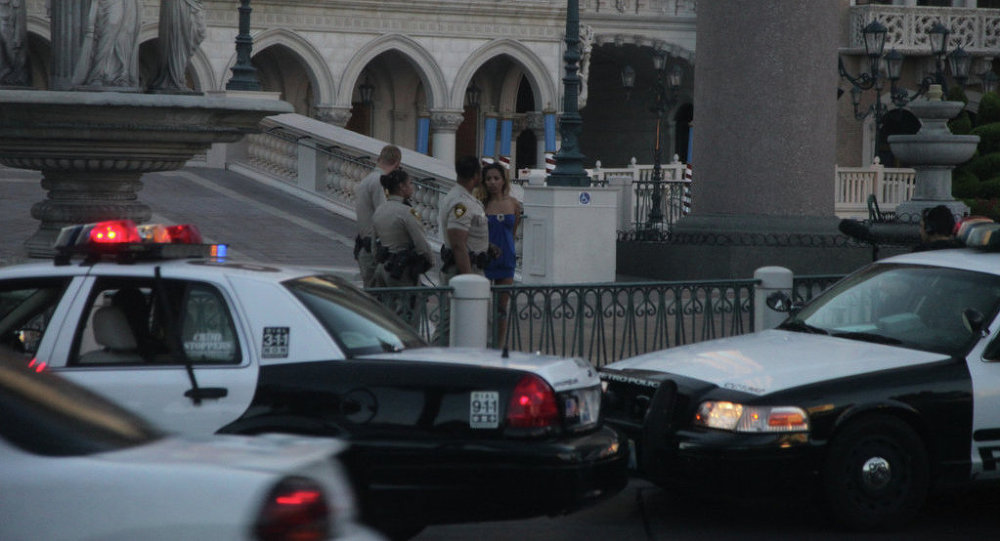 Cops Turn Tricks On Hookers In The Name Of The Law

In light of recent police violence and scandals, President Obama has established a new Task Force on Policing, aimed at strengthening "public trust” in law enforcement. But is that akin to putting a band-aid on an open wound?

There are over 17,000 police departments nationwide, and they all have problems, big and small, from violence and corruption to nepotism and cover-ups of all shapes and sizes. Here’s the story of just one police department in Arkansas.

Sgt. Don Paul Bales lost his job for exposing his colleagues, who appear to be enjoying their jobs a little too much: the department’s policy is to have sex with prostitutes before arresting them. Bales is now fighting in court to be reinstated. Officers of the vice department in Fort Smith sure have a fun and thorough way of double-checking if women are actual hookers. But the genius part is that it’s the perfect way to show that you’re not a cop! Because what kind of cop is actually allowed to have sex on the job, let alone with a prostitute? What an amazing way to confuse the ‘girls’.

The actual incident occurred last April, when an unnamed officer dubbed “J.B.” contacted a lady of the night through a website, met her in a hotel, gave her $150, got naked, and let her masturbate him before identifying himself as an officer. This information, by the way, comes from J.B.’s own report of the arrest, a photo of which is now evidence in Bales’ case. Both the officer and the department claim that officer J.B.’s actions were absolutely crucial to defining that she is a prostitute. The lady in question was ingeniously posing as a masseuse, so the officer simply had no choice but to seek further proof of her real profession.

When Bales became aware of this particular episode, he immediately shared the proof with his lawyer, Matthew Campbell, and reported J.B. to his chief. This turned out to be a wrong move, because Chief Lindsey doesn’t appear to be a fan of snitches. He fired Bales, and immediately accused him of risking the safety of his fellow officer by exposing J.B. and jeopardizing the vice department’s work in general. Indeed, what are they ever going to do if prostitutes find out that cops can have sex on the job? Hookers will no longer accept sex as sufficient proof of not being a policeman, and the department will have to come up with new ways of overstepping boundaries. Bales was also accused of lying during an internal investigation, which serves him right for sharing information and embarrassing pictures with his attorney. Frankly, one might think Bales a little naïve – this isn’t the first time he got in trouble for speaking out.

A Blast from the Past

The Fort Smith Police Department appears to be worthy of its own cop-show. ‘Last season’, in 2013, Bales had annoyed the chief when he and several other officers spoke out in support of their former colleague, dispatch officer Addisen Entmeier. He was fired earlier that year for raising questions about another officer, Emily Haney, taking advantage of overtime. Entmeier suspected that Haney intentionally kept dispatch understaffed and pushed out employees to increase her pay by increasing overtime. Entmeier got the boot, and when Bales and two more officers complained about it, they got suspended. Matthew Campbell took legal action then, too, defending Bales when he was accused of “conduct unbecoming an officer through a pervasive and widely known campaign challenging the efficacy of a recently terminated probationary police officer.” Campbell filed a lawsuit against Chief Lindsey. The chief stated in his court testimony that Bales’ “aggressive pursuit” of the real reasons his colleague was fired created an uncomfortable working environment.

This little history lesson shows that questioning any actions of your fellow cops is clearly frowned upon in the Fort Smith department. In 2013 Bales and Campbell were successful in reversing the suspension, but will they be able to fight and beat the department again?

This Can’t Possibly be Legal, Right?

Wrong! Such incidents technically fall under the category of ‘authorized criminality’, a common practice among undercover policemen. This is understandable and necessary for effective undercover work, because it provides “opportunities for the suspects to engage in the target crime, and [allows] to maintain a false identity or to facilitate access to the suspect,” Stanford Law School professor Elizabeth E. Joh explains in her article on the subject. “The affirmative defense, also known as the law enforcement authority defense, justifies otherwise-criminal conduct when that action is taken by a police officer.” Because of the specifics of being a pretend bad guy, these rules are vague, which makes it easy to bend them. The affirmative defense is a like blanket ‘ok’ for almost any actions in the name of the greater good, and officers are left one-on-one with their conscience. Unfortunately, not every cop is equipped with a personal code of honor.