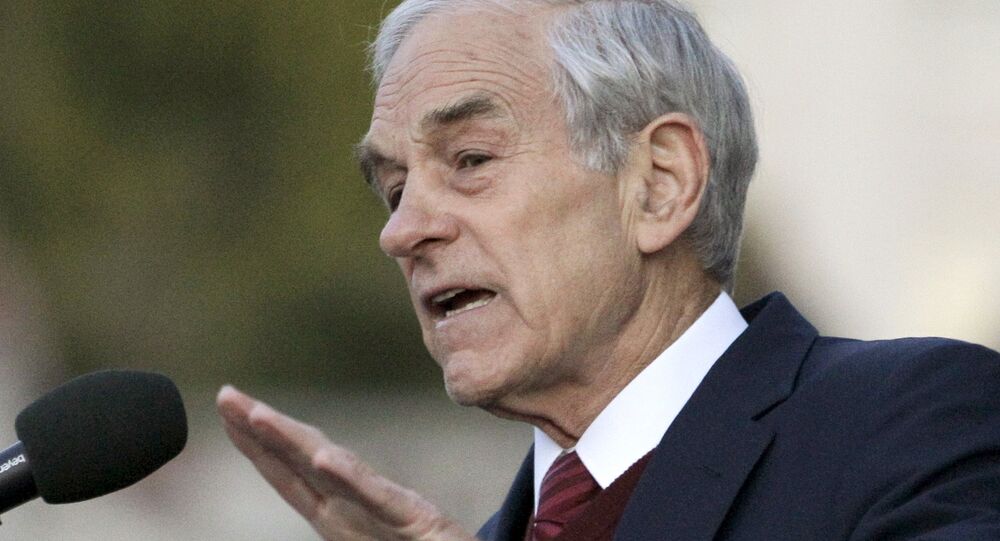 With lawmakers set to vote on a piece of legislation he long championed, former Congressman Ron Paul has called for an audit of the Federal Reserve, followed by the closure of the 112-year-old financial institution.

In an article posted on his website on Sunday, the two-time presidential candidate listed the woes inflicted by the Federal Reserve since its creation in 1913, including a 97 percent decline in the dollar’s purchasing power, recessions and depressions, and expanded government created by the Fed’s policy of monetizing debt.

The proposed legislation, known as the “Audit the Fed” bill, has long been blocked in the Senate by Democratic leader Harry Reid. But now, with the new Republican majority, Senate Majority Leader Mitch McConnell said the bill will earn a floor vote, the Washington Times reported.

If passed, the bill would allow the Government Accountability Office, an independent nonpartisan agency, to thoroughly review the Fed's monetary policy deliberations.

In his article, however, Paul pointed out that “despite overwhelming public support, passage of this legislation is by no means assured.”

The bill passed twice in the House, most recently in September, only to be shot down by Democratic leadership in the Senate.

The main obstacle to passing the bill is the 25 percent of people who oppose it who “represent some of the most powerful interests in American politics,” Paul stated. Those people are working to kill the bill or replace it with “meaningless compromise,” which would keep Americans in the dark about the Fed’s monetary policies, he continued.

© Flickr / Tyler Merbler
The "Audit the Fed" bill, a long sought-after piece of legislation that would force a broad audit of the Federal Reserve, finally is set to go up for vote in the Senate.

In December, Federal Reserve Chairwoman Janet Yellen said that she will argue against any bill that attempts to audit the Fed’s decision making when it comes to monetary policy, The Hill reported.

"Back in 1978 Congress explicitly passed legislation to ensure that there would be no GAO audits of monetary policy decision-making, namely policy audits. I certainly hope that will continue, and I will try to forcefully make the case for why that's important," Yellen said.

Paul pointed to a 2011 partial audit that revealed the Federal Reserve had loaned $16 trillion to financial institutions, including more than $3 trillion to foreign banks, leading up to the financial crisis of 2008.

He also mentioned former Fed official Andrew Hudzar, who publicly apologized for his role in what Hudzar called “the greatest backdoor Wall Street bailout of all time.”

If, despite those shortcomings, the Fed really does operate in the interest of the American public, why is it fighting an official review, Paul asked.

“Why is the Fed acting like it has something to hide if it has nothing to fear from an audit?”

“The American people have suffered long enough under a monetary policy controlled by an unaccountable, secretive central bank. It is time to finally audit – and then end – the Fed.”