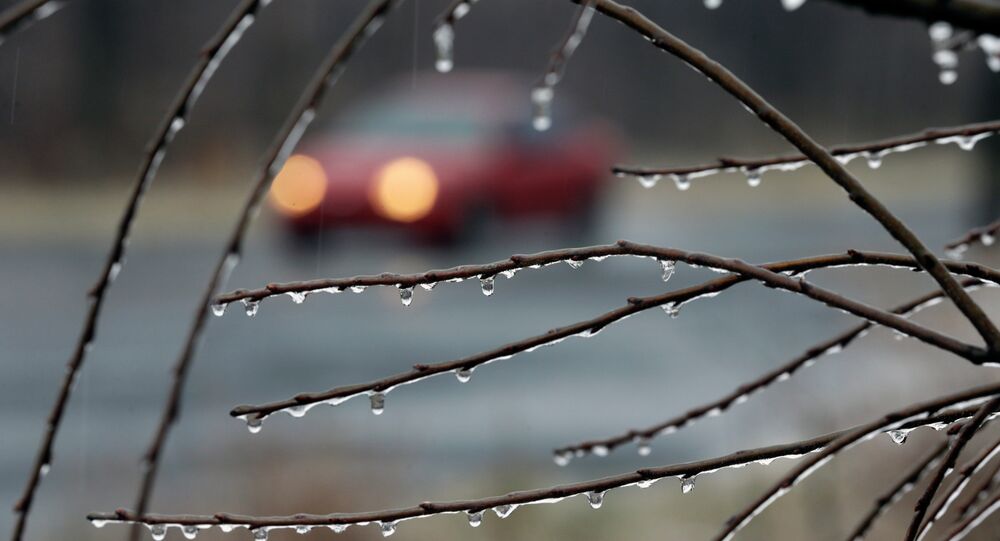 Poor weather conditions in the northeastern US over the weekend led to ice-slicked roads and car crashes.

MOSCOW, January 19 (Sputnik) - Five people were killed in accidents in the northeastern US as ice coated roads and bridges, resulting in car crashes and slowed traffic, CNN reported on Monday.

Heavy rain and snow coated traffic areas and overpasses with ice, leading to a number of car accidents. Two people were reportedly killed in accidents related to the ice-slicked roads in the Philadelphia area, state police reported.

Poor weather conditions occurred in New York, New Jersey, Connecticut and Pennsylvania over the weekend. The Mayor of Danbury, Connecticut even hashtagged it #Icezilla, with numerous Twitter users posting images and warnings of the dangerous winter storm.

Driving thru #Icezilla in Philly early this am...it was like being in an eerie apocalyptic movie. pic.twitter.com/etfaqr5Ru1

Two people died in a multicar collision in Delaware County, Pennsylvania, after three cars crashed into a tractor-trailer, according to CNN. One person is reported to have died in Maryland.

Snow storm warnings have been also issued through the morning for Vermont, New Hampshire, western Massachusetts and Maine.