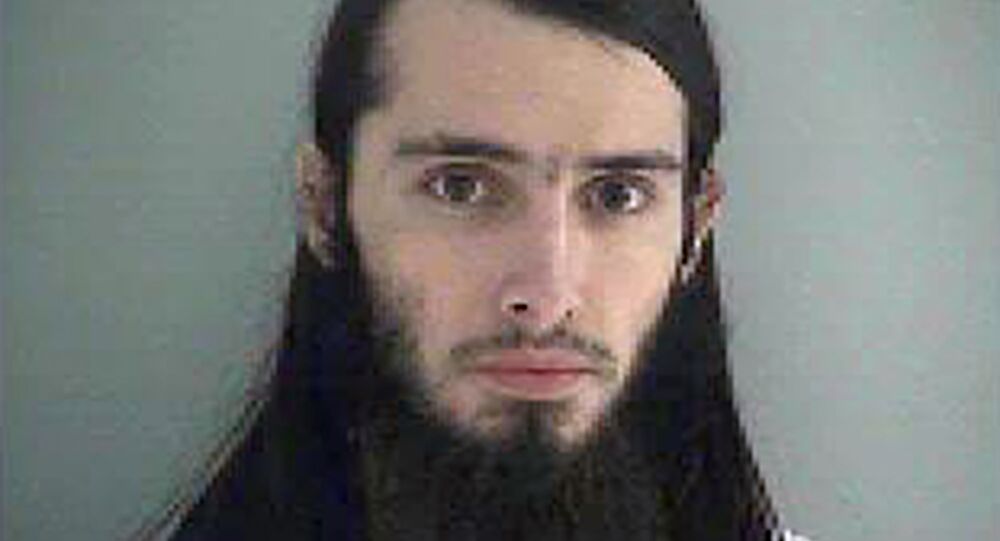 The Ohio man the FBI says plotted an attack against the U.S. Capitol Building will remain in jail until his trial. Christopher Cornell’s case has drawn attention to allegations that the FBI uses sting operations and entrapment to arrest and charge Muslim Americans in the fight against terrorism.

“I feel that the danger to the community is such that I cannot order bond today," Bowman said, noting that messages he posted on social media were “extremely violent.” Assistant U.S attorney Tim Mangan called Cornell a flight risk and a danger to the community for allegedly creating the kind of terrorist plot that "is the most pressing threat to our public safety."

Cornell, charged with plotting to blow up pipe bombs at the U.S. Capitol and to shoot government officials, was brought to the federal courthouse in downtown Cincinnati under tight security from the jail where he’s been held since his arrest on Wednesday, some 30 miles away. 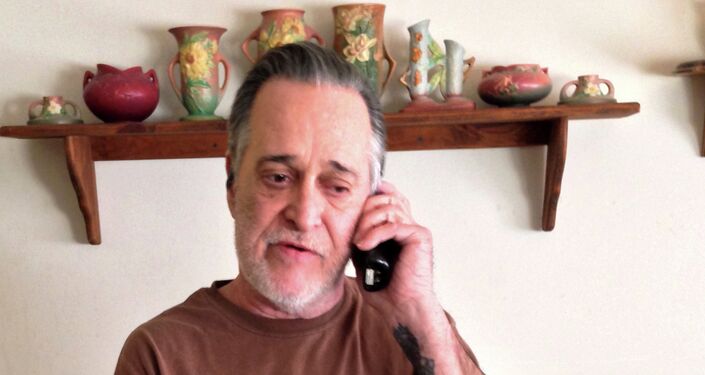 © AP Photo / Dan Sewell
John Cornell, father of Christopher Lee Cornell, talks on the phone at his home, Thursday, Jan. 15, 2015, in Green Township, Ohio. His son Christopher, also known as Raheel Mahrus Ubaydah, told an FBI informant they should "wage jihad," and showed his plans for bombing the Capitol and shooting people, according to a criminal complaint filed in federal court in Ohio on Wednesday.
Public defender Karen Savir had asked that Cornell be released with electronic monitoring to his parents' home in Cincinnati, adding that he had no history of serious offenses and didn't even have a passport.

She also said that he was "eager to appear in court" to defend himself against the allegations.

The attorney told Bowman that Cornell wants to be addressed by his Muslim name, Raheel Mahrus Ubaydah, and have access to a prayer mat and a clock so that he can continue his religious practices in the Butler County Jail. He also wants to be taken off suicide watch, she said.

Cornell's father, John Cornell, has said his son was set up by a "snitch" who was trying to help himself. He described his son as a "mommy's boy" who spent hours playing video games in his bedroom. He also said his son was "at peace" after becoming a practicing Muslim.

"He was dragged into this," Cornell said before the hearing. "He was coerced."

The terror suspect had long expressed distrust of government and the news media.  He disrupted a 9/11 memorial ceremony in Ohio in 2013, according to local police in Ohio.

The FBI said had been posting social media messages and videos online supporting Islamic State militants and violent attacks for months.  He told an informant they should “wage jihad,” according to court papers.

The FBI has been accused of “using string operations to entrap informants, creating terrorists out of law abiding individuals,” according to a recent report by Human Rights Watch and Columbia University Law School’s Human Rights Institute.

The Justice Department and the FBI have targeted American Muslims in “abusive” counterterrorism sting operations based on religious and ethnic identity, the report cites.

It was unclear from court papers whether Cornell had made contact with any groups the U.S. considers terrorist.