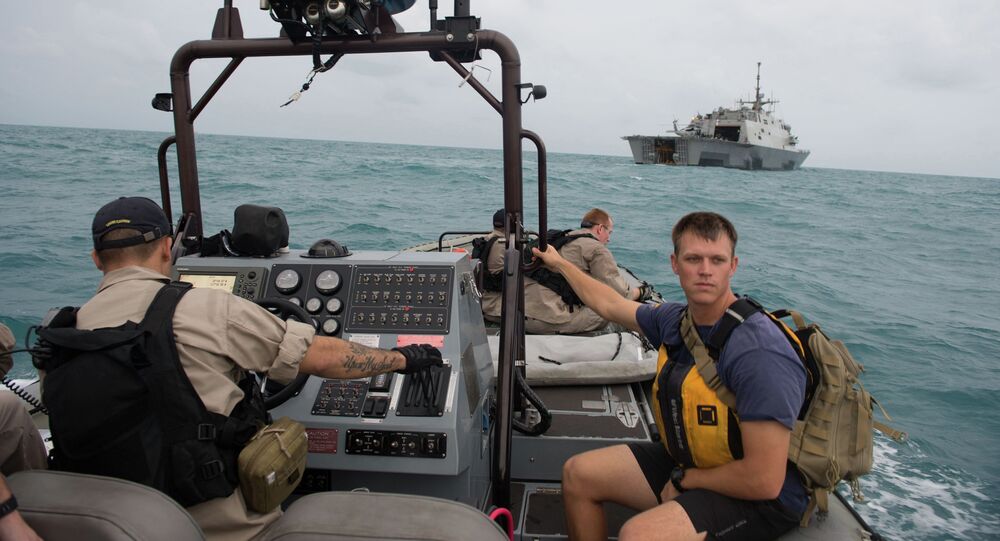 US 7th Fleet Public Affairs office announced that the US Navy concluded its AirAsia search mission.

WASHINGTON, January 15 (Sputnik) — The US Navy concluded its AirAsia search mission as its efforts were applauded by the Indonesian government, the US 7th Fleet Public Affairs office said in a press release on Wednesday.

© AFP 2021 / ANTONIO P. TURRETTO
US Navy Ship Combing Seafloor for Signs of AirAsia Wreckage
The US Navy said it was pleased with the recovery of black boxes and location of portions of the plane, which they hope “will shed some light on the cause of this tragedy.”

The fact that the two ships, a destroyer and shallow-water combat vessel, were able to contribute to the search so quickly, a Navy official explained, illustrates the need of maintaining a presence in the region for rapid response.

“Our ability to respond quickly to this event highlights the importance of operating forward and maintaining a naval presence in South-east Asia,” Captain Fred Kacher said.

On December 30, the USS Sampson guided-missile destroyer, according to the Navy, arrived near the AirAsia crash site where, with a crew of more than 300 personnel and two helicopters, conducted surface and aerial searches. The Navy said four days later it deployed Littoral Combat Ship USS Fort Worth, and its 100-person crew, to the same area to preform “expeditious visual and radar searches in a congested, shallow water environment.”

On January 12, Indonesian divers found the first black box under a part of the AirAsia aircraft's wing, and the following day reportedly recovered the second recorder.

On December 28, AirAsia Flight QZ8501 crashed into the Java Sea. All 162 passengers are assumed dead, with 48 bodies already recovered by rescuers.