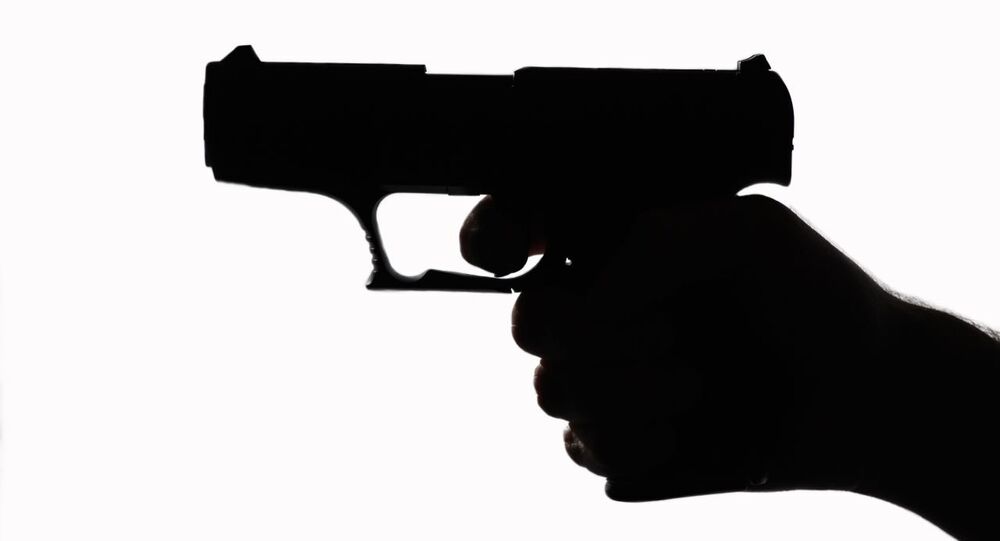 Members of Texas pro-gun group The Truth About Guns (TTUG) group claim that they reportedly re-enacted the attack on the Charlie Hebdo office.

MOSCOW, January 15 (Sputnik) — Members of Texas pro-gun group The Truth About Guns (TTUG) said Thursday they reportedly re-enacted the attack on the Charlie Hebdo magazine office in Paris only to prove that there was no escape for the victims even if one of them had been armed.

According to TTUG's website, volunteers recreated the Paris Charlie Hebdo office and took turns role-playing an armed civilian trying to respond to a terrorist attack. The armed civilian used paintball guns and was trying to shoot both "attackers." Over the course of the simulations, none of the "civilians" managed to neutralize both "terrorists" and only one "victim" managed to survive by fleeing the scene at the first sound of gunshots.

© AP Photo / Thibault Camus
UK Distributors of Charlie Hebdo Next Issue Say Security Threat Unlikely
"The main takeaway: two out of nine armed defenders got hits on one of the terrorists. In both cases they [the defenders] were head shots," Robert Farrago, the TTUG founder wrote on group's website Thursday.

"No matter how the situation played out, though, one thing remained consistent – if the 'armed civilian' confronted the attackers, he or she died. The only time the 'armed civilian' survived was when the volunteer playing him ran away at the first sound of gunfire," TYT Network said reporting about the experiment.

According to TTUG, the odds of success would increase dramatically should more victims be armed. The group plans to hold another simulation to find out whether two or three civilians with arms could have saved their own lives and lives of their "co-workers."

The Truth About Guns group was founded in February 2010 "to explore the ethics, morality, business, politics, culture, technology, practice, strategy, dangers and fun of guns."

On January 7, the Paris office of Charlie Hebdo was attacked by terrorists who killed 12 people, 10 of whom were editorial staff, and injured another 11.