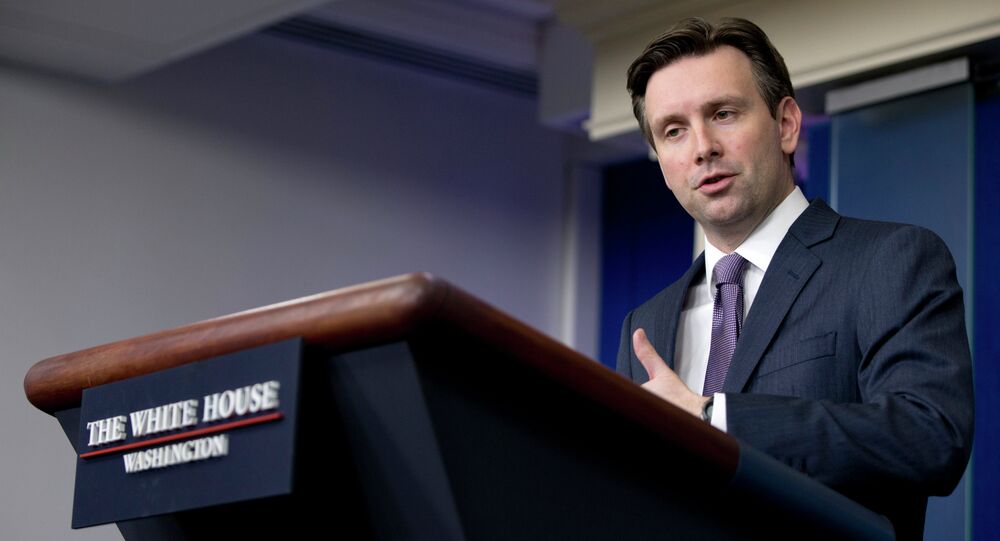 White House Press Secretary calls US House Republicans attempt to scuttle President Barack Obama’s executive action on immigration by prohibiting spending for the measure in the Department of Homeland Security’s budget an unwarranted and dangerous game.

WASHINGTON, January 15 (Sputnik) — An attempt by US House Republicans to scuttle President Barack Obama’s executive action on immigration by prohibiting spending for the measure in the Department of Homeland Security’s (DHS) budget is an unwarranted and dangerous game, White House Press Secretary stated.

“There is never a good time to muck around with the funding of the Department of Homeland Security, but given the events of the last week [in Paris] this seems like a particularly bad time to do so,” Josh Earnest told reporters Wednesday.

The $39.7 billion bill will finance DHS through the end of September 2015, but must still pass an uncertain vote in the Senate before going to the president’s desk for a signature. Obama has said he will veto a bill that blocks funding for immigration reform. Funding for DHS will end on February 27 if the Congress and the White House can’t agree on the bill.

President Obama’s executive order on immigration would give work authorization to up to five million illegal immigrants in the United States and protect them from deportation. According to the Executive Office statement, Obama’s immigration plan would strengthen US border security and “require everyone to play by the same rules.”

In December 2014, Congress passed the 2015 federal budget but only funded DHS through February 2015, as the Republican controlled Congress sought to challenge Obama’s executive action on immigration in this year’s legislative session.