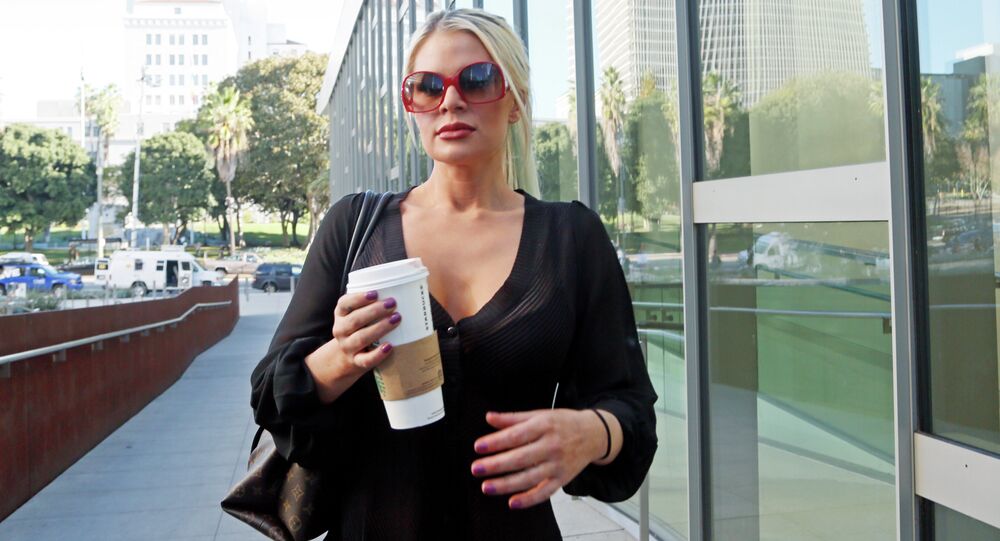 She’s the latest in a string of women to claim the comedian abused her, but the first whose case may fall within the statute of limitations -- and may have a valid criminal case.

Chloe Goins told Los Angeles police on Wednesday that Cosby drugged and sexually assaulted her at the Playboy Mansion in 2008, and confirmed pursuing criminal charges against him.

Although Cosby has denied previous claims of rape and assault, calling them “fantastical” and “uncorroborated,” he could be charged this time around, because Goins is the only woman whose case falls within California’s eight-year statute of limitations for criminal or civil cases.

More than 15 women have come forward within the past three months, alleging that Cosby abused them in the 1970s and 80s.  Goins is at least the second woman to meet with the LAPD to recount accusations against him.

© Flickr / Kate Haskell
Comedian Bill Cosby, who faces more than 15 women claiming being sexually assaulted by him, denies all allegations calling them “fantastical” and “uncorroborated.”
Goins’ attorney Spencer Kuvin said that his client came forward after hearing about other women’s claims, and she realized she might have a valid criminal case.

"Ms. Goins and I are here for two reasons: for justice and accountability," Kuvin said.

Goins claims to have been drugged at a party at Hugh Hefner’s estate near Beverly Hills, and woke up the next day to find herself naked with Cosby over her.

L.A. police commander Andrew Smith said he could not confirm any investigation into Cosby and that sexual abuse cases were "extremely confidential."

Cosby’s attorney has denied some of the accusations against the 70-year old comedian, saying they have been discredited or come from discredited sources.

© AP Photo / Phelan M. Ebenhack
Bill Cosby Jokes About Rape Accusations at Canada Show
In a recent show in Canada, Cosby joked about these rape accusations against him. He is scheduled to perform again in Denver next Saturday.

"We hope that the people that are paying to attend Mr. Cosby's shows understand that these victimized women have broken their silence now and they will not remain quiet any longer," Kuvin said. "Mr. Cosby should, and will be held accountable for what he's done."

He said women reporting abuse "should be encouraged and not joked about."