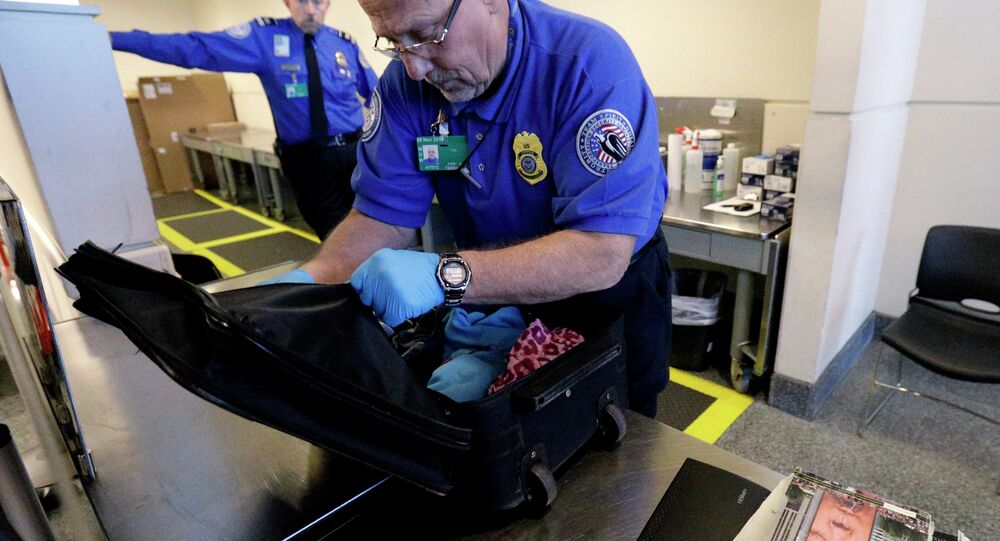 US Congressman said that the US House of Representatives passed a budget that would reduce the number of airport screeners.

WASHINGTON, January 15 (Sputnik) – The US House of Representatives passed a budget that would reduce the number of airport screeners, Congressman John Carter said on Wednesday, just days after the Department of Homeland Security (DHS) issued orders to escalate random searches at airports in response to the Paris attacks.

“TSA [Transportation Security Administration] screeners are capped at 45,000 – 1,000 [personnel] below last year’s level,” Carter said during a floor speech as he summarized highlights of the 2015 DHS Appropriations Act.

© AP Photo / Seth Wenig
US Senator Says Airport Employees Should be Screened for Guns
The passage of TSA budget cuts were announced on the heels of the United States deciding to enhance random searches of passengers and luggage, because “recent world events call for increased vigilance in homeland security,” DHS Secretary Jeh Johnson said while referencing the attacks in Paris, Sydney and Ottawa in a press release on Monday.

The new legislation, House Resolution 240, will reduce TSA funding to $4.8 billion annually, a reduction of just over 2%, or $94.3 million, while the overall DHS budget will be increased by $400 million to $39.7 billion per year, according to a House Committee on Appropriations press release on Wednesday.

On Monday, Secretary Johnson also said the United States was enhancing the presence of the Federal Protective Service at US government buildings in an expanded list of major cities around the country.

On January 7, terrorists entered central Paris offices of French satirical magazine Charlie Hebdo and killed 12 people. Two days after, a gunman took hostages at a kosher food supermarket in one of Paris' districts, demanding freedom for the Charlie Hebdo attack suspects. An al-Qaeda affiliate in Yemen claimed responsibility for the massacre.

Russia to Tighten Ebola Screening in Airports, Equipment to Be Installed Soon: Government

Tags:
US Department of Homeland Security, US
Community standardsDiscussion