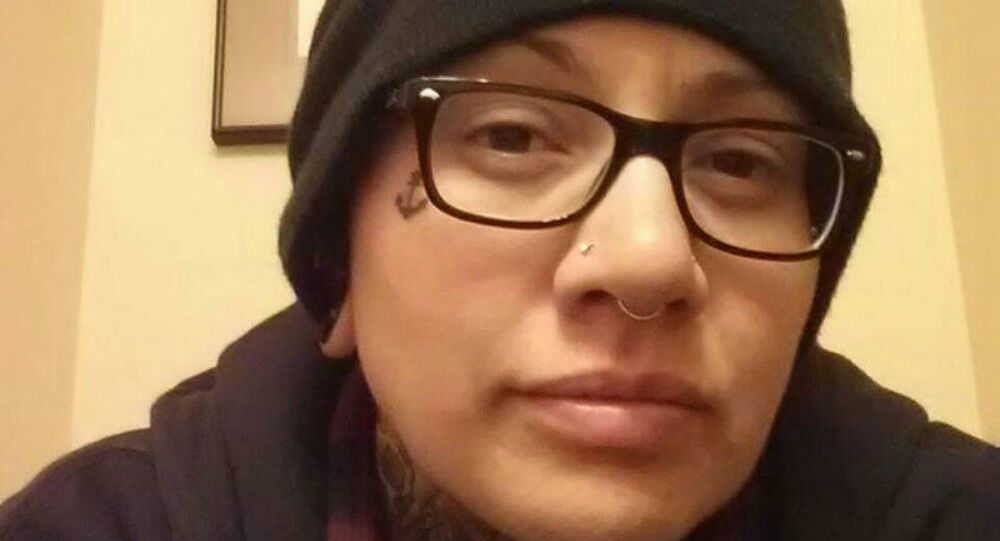 The pastor stopped the funeral of a lesbian after pictures were displayed of her kissing her wife during the service.

© REUTERS / Mark Kauzlarich
Colorado Man Arrested After Google Warns Police of Threats
MOSCOW, January 14 (Sputnik) – The funeral of Vanessa Collier was abruptly halted and moved from a church in Denver when the church authorities refused to show a video which contained images of her kissing her female partner, the Denver Post reported on Tuesday.

"They asked the family to edit the video, and that was like editing Vanessa's life. It was demeaning," Jose Silva, a friend of Collier's, told the AP, adding that around 200 friends and family of the deceased were asked to leave the church after it was discovered that the images hadn't been edited out.

The Denver Post reports that the hour-long viewing of Collier's body had just finished and the memorial service had been underway for 15 minutes when Pastor Ray Chavez at New Hope Ministries stopped the funeral after seeing images in a remembrance video where she kissed and embraced her partner. Those in attendance were forced to pick up programs, flowers and the dead woman's casket, and take them to a mortuary across the street.

"A church turning away a funeral. Who has ever heard of anything like that happening?" Jeanette Arguello, a friend, told the Post. "It was humiliating," another friend, Victoria Quintana, told the paper. "It was devastating." On Tuesday protests from Collier's family and friends continued outside the church, which was founded in 1981 by Pastor Chavez and his wife, Lola and claims on its website to be "a place where those bound by drugs, alcohol, gangs and violence can find an 'Ounce of Hope.'" Collier's family said they chose the church because it is located close to where Collier and her friends grew up.

"It's about understanding that there should be dignity in death and that everybody deserves the right to be celebrated in the right way," Jose Silva told 9 News Colorado, adding that the church had had the opportunity to check the material shown in the video before the service. "That lack of oversight, and lack of personal ideals and values, should never trump being able to celebrate someone's life."

According to 9 News Colorado, Collier, 33, died on December 30 when her gun went off as she was cleaning it. She is survived by her wife of three years and two children, aged seven and 11.