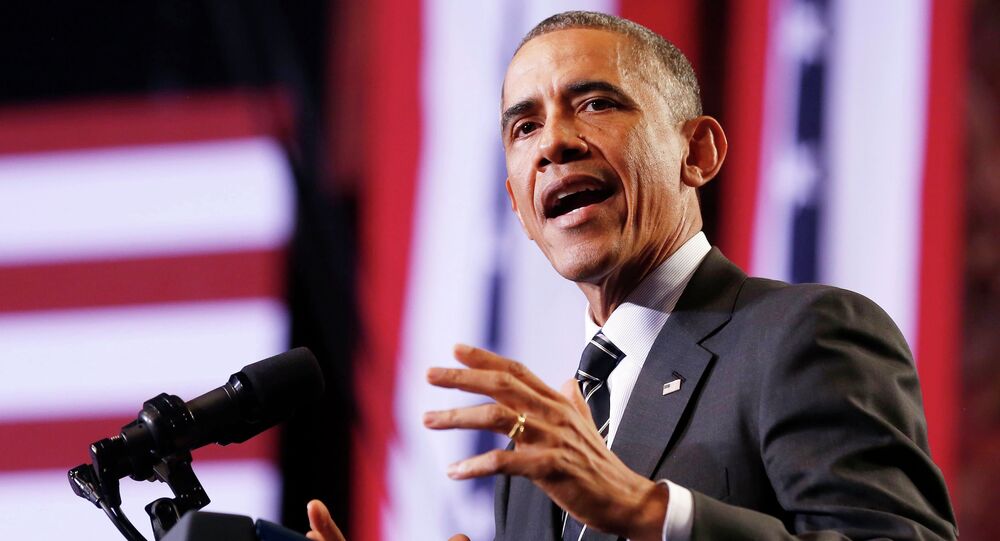 US President Barack Obama is proposing new cybersecurity legislation to promote the greater information sharing between private companies and the federal government.

© Photo : Pixabay
US Companies to Share Info Under New Cyber Security Proposal: White House
WASHINGTON, January 14 (Sputnik) – US President Barack Obama is proposing to boost information sharing between private companies and the federal government in the wake of a number of cyber attacks.

"Now, we want to be able to better prosecute those who are involved in cyber attacks. Those who are involved in the sale of cyber weapons, like botnets and spyware. We want to ensure that we're able to prosecute insiders who steal corporate secrets or individuals' private information. And we want to expand the authority of courts to shut down botnets and other malware," Obama stressed speaking in Washington Tuesday.

"We're proposing new cybersecurity legislation to promote the greater information sharing we need between the government and private sector," the US President added, saying that he raised the issue with congressional leaders Tuesday morning and was "confident" that Congress would draft relevant "bipartisan legislation" in the near future.

According to a White House statement, released Tuesday, Obama's proposal stipulates authorizing the private sector to share appropriate cyber threat information with the US Department of Homeland Security, which will then pass it to the relevant federal agencies.

The new legislation proposal is based on an earlier 2011 version of the document.

This week Obama is announcing a series of steps his administration plans to take to enhance US cybersecurity, amid recent cyber-attacks, such as the Monday hack of the US Central Command (CENTCOM) Twitter feed and the November cyber attack on Sony Pictures Entertainment.

The move comes in the wake of the cyber attack on Sony Pictures Entertainment, which resulted in the leak of personal data of the company's employees at the end of last year.