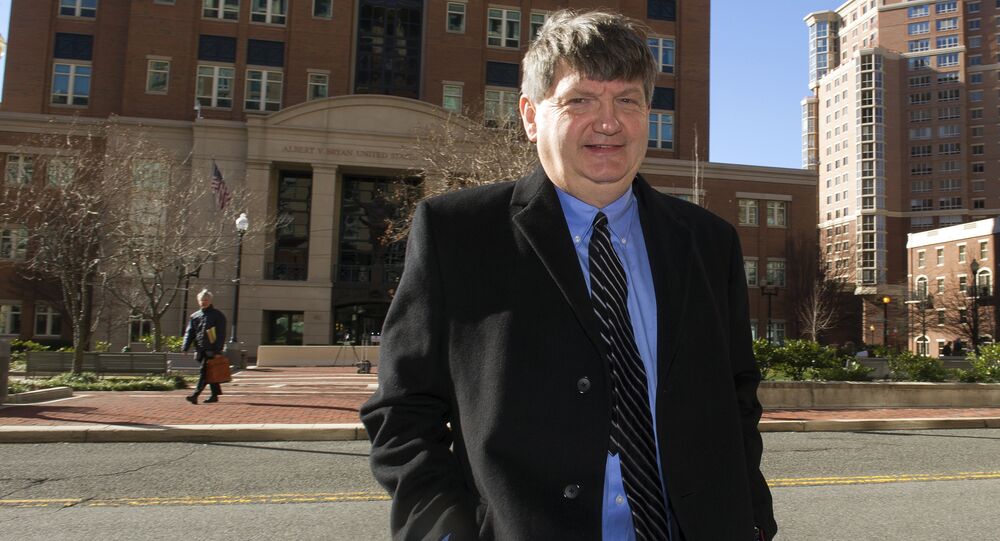 The PEN American Center commented on the recent US Justice Department’s decision not to force New York Times reporter James Risen to reveal confidential sources in testimony in a CIA leak case, saying that it marks the beginning of a new approach to press freedom.

“We hope that the Justice Department’s decision yesterday marks the beginning of a new approach to press freedom and journalistic integrity that will reaffirm the value of free expression, as a bulwark of our national policy,” Dominic Moran, Director of Free Expression Programs at PEN American Center, an organization that promotes and defends freedom of expression for writers, told Sputnik.

After a seven-year legal tussle to force Risen to testify in a CIA leak case, the Department of Justice decided on Monday it would not press the journalist to reveal his confidential sources. The Justice Department sought Risen’s testimony in a case against former CIA employee Jeffrey Sterling, who prosecutors say leaked classified information to the reporter about a failed US intelligence attempt to undermine Iran’s nuclear program. Those revelations were published in Risen’s 2006 book, “State of War.”

youtube.com/AmericanNewsProject
Obama Administration Led Fight Against Press Freedom - Pulitzer Prize-winning Journalist
“Unfortunately, years of subpoenas and hearings in the Risen case have fed a growing mistrust between reporters and the government, threatening the work of journalists, who must be able to give their sources meaningful assurances of confidentiality to do their jobs effectively,” Moran said.

The two-time Pulitzer Prize winning journalist repeatedly refused to reveal the confidential journalistic sources, potentially putting the administration of US President Barack Obama in the awkward position of sending a high-profile journalist to prison for not testifying. The Justice Department’s reversal came one day before the Tuesday start date of Sterling’s trial.

The Obama administration’s policy towards freedom of expression and journalism came into the spotlight earlier when it was revealed the Justice Department gained access to the phone records of the Associated Press in a similar national security leak case. The backlash against that led to revisions in Justice Department policy on accessing the phone records and emails of journalists.

US Reporter Ordered to Testify on CIA Iran Leak Source

US Under Secretary for Terrorism to Become CIA Deputy Director: White House