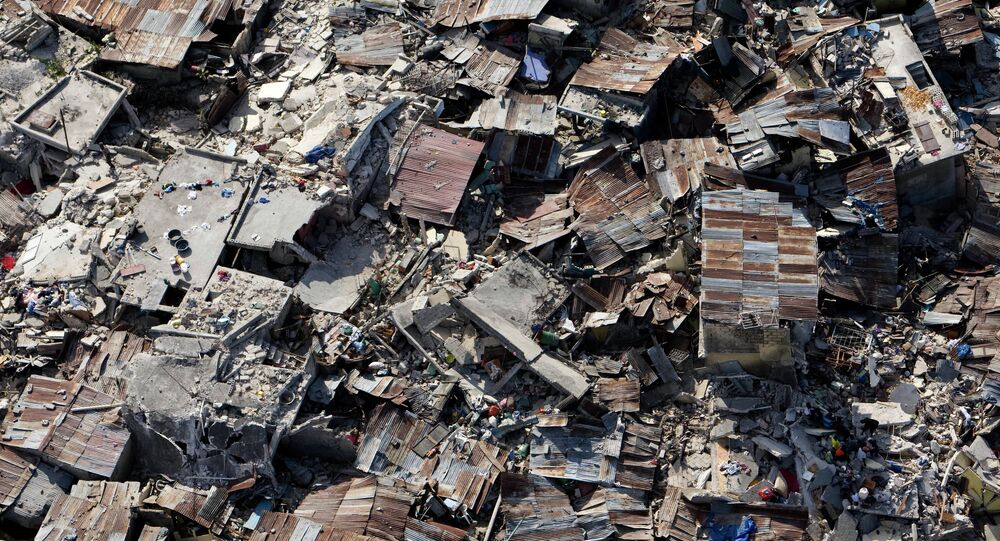 Five years after a devastating earthquake left 220,000 dead in Haiti, Haitian-Americans in New York have gathered at the Clinton Foundation to protest what they claim is a mismanagement of funds that has hampered reconstruction on the island nation.

Outside the foundation’s office in Harlem, a handful of protesters gathered to call attention to what they say is missing money.

“We say fight back,” they chanted.

The magnitude 7.0 quake on January 12, 2010 was followed by an outpouring of $13.5 billion in pledges and donations for reconstruction.  From the billions that were spent, three-quarters came from donor nations and a quarter came from private charities, according to NPR.

But experts concede that Haiti is still far from rebuilding what was lost. While 95% of the 1.5 million people who were living in camps were moved, many still lack permanent housing, according to NBCNews.

The Clinton Foundation in Haiti is one of several organizations that have helped to lead the efforts, raising a total of $36 million in relief funds, according to the foundation. Just this week, former President Bill Clinton was hailed by actor Sean Penn at a relief event for Haiti. The actor praised the president for what he said led to “billions in disbursements and debt-forgiveness” after the quake.

Following the quake, the Clinton Foundation sent $16 million in emergency relief funds and supplies to the island, according to the foundation. But many are still questioning where the money from all the donations went. 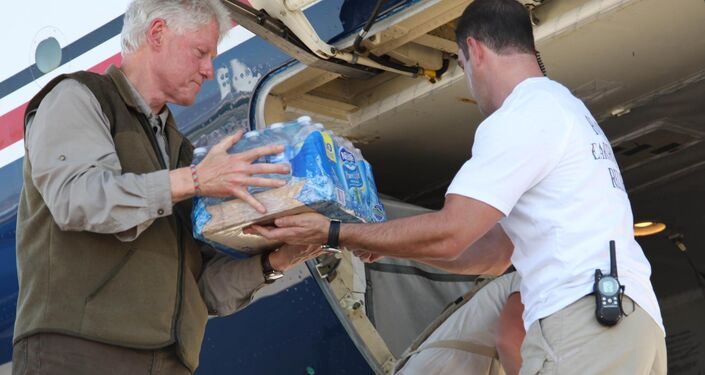 Haitian Americans continue to charge that building contracts are being awarded to non-Haitian companies, according to NY1. Complaints include the inability to fix the capital’s 534-bed hospital at the State University of Haiti. The $82.3 million facility is still two years from reconstruction, while an outbreak of cholera leaves many without medical treatment.

"These people are in very difficult conditions, still living under tents, while Bill Clinton and his cronies they waste this money,” protester Dahoud Andre told NY1.

Ricot Dupuy, station manager at Radio Soleil, indicated that 900 homes were built, but not in Port au Prince, where the quake caused so much devastation. Rather he claims that the homes were built in the northern part of the country.

“So much inconsistency. So much irregularity. As I'm talking to you right now there are 100,000 people in tents in Port au Prince,” said Dupuy.

The Clinton Foundation has stated that progress is being made, particularly in the economic and tourist industries. The foundation’s mission in Haiti is to support the island’s economic growth in the four priority sectors of energy, tourism, agriculture and manufacturing.

The Clinton foundation isn’t the only donor-supported organization that is being criticized. Many non-governmental organizations have insisted on keeping control of their projects rather than let the Haitian government take the lead.

For instance, while USAID has spent about $1.5 billion since the earthquake, Jake Johnston of the Washington-based Center for Economic Policy and Research told NPR that less than “a penny of every dollar goes directly to a Haitian organization.”

The growing reliance on U.S. and other international contractors is cited by experts such as Johnson as a possible reason why foreign aid in Haiti has been slow to show results, according to NPR. Other factors include Haiti’s internal political turmoil and the recent cholera epidemic.

Still, protesters in Harlem continue to chant that enough is not being done.

"This catastrophe, however bad it was, would be an opportunity to right some of the wrongs to rebuild the country to build back and better. None of this has been done,” Dupuy said.