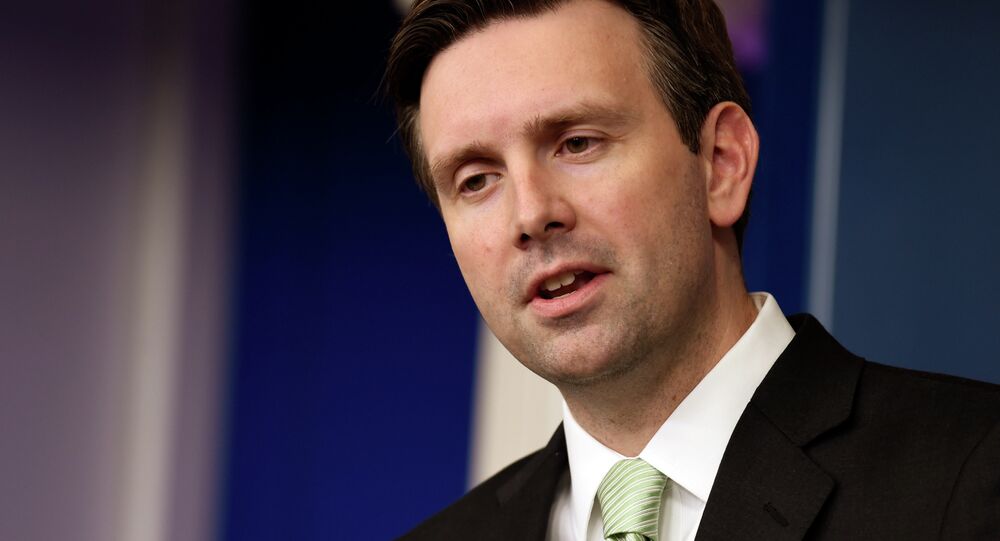 White House spokesperson Josh Earnest said during a press briefing on Monday that the US should have sent an official with a higher profile than than the ambassador to France to the Paris unity rally in memory of the Charlie Hebdo terrorist attack victims.

The spokesperson went on by explaining that there was just a "36 hour notice" from the Paris march organizers and that it "occurred outdoors with a very large number of people who participated."

© Sputnik / Galina Azule
Obama's Absence at Paris March Symbolizes Lack of US Leadership: US Senator
"We are mindful every time the president goes to a public place…we want to try to mitigate the impact that the security precautions would have on those who are participate in this public event," Earnest added.

Earnest also said that the White House should have sent a higher ranking official to the unity march.

A unity rally was held in Paris on Sunday for those who were killed in the terrorist attacks on the Charlie Hebdo magazine office on January 7 and hostages killed at a kosher supermarket outside Paris last Friday.

Obama's Absence at Paris March Symbolizes Lack of US Leadership: US Senator