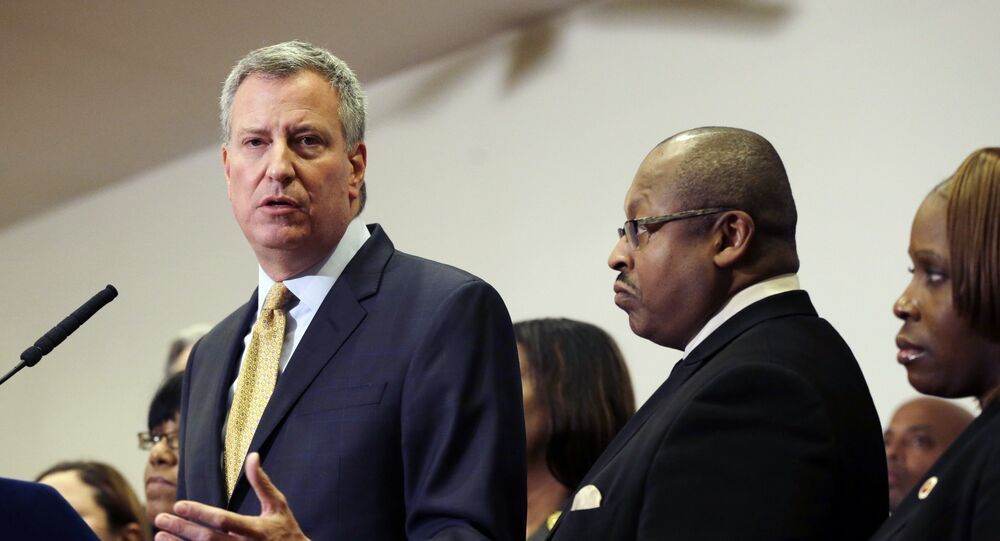 Less than 4 percent of active and retired police officers signed a petition accusing Mayor DeBlasio of holding an anti-police stance.

The petition was circulated after two police officers were slain last month by a man who circulated threats against police online prior to the murder. The mayor was criticized in the petition for showing a “lack of support and respect” for police, according to NBC New York.

© REUTERS / Shannon Stapleton
Police Protests During NYPD Funerals ‘Disrespectful’: New York Mayor
The former head of the New York Civil Liberties Union offered to act as a pro bono lawyer for any cops who experience any sort of retribution, such as disciplinary action as a result of signing the petition, according to the New York Post.

The controversy peaked on December 27, when thousands of police officers turned their back on the mayor as he gave a speech at the funeral of one of the policemen, Al Jazeera reported.

The slaying of the two officers came in the midst of widespread protests against police brutality, which led police officers to accuse the mayor of New York of not providing support for police and sympathizing with the protesters, according to NY Daily News.