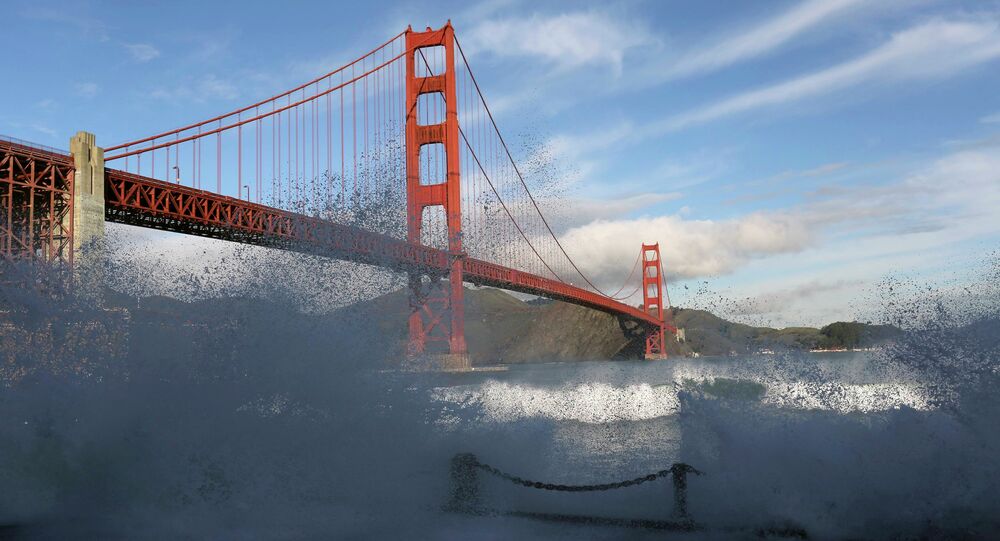 A new steel barrier has been placed between the north and south lanes for safety reasons and is designed to prevent head-on collisions.

MOSCOW, January 12 (Sputnik) — Traffic resumed on the Golden Gate Bridge, one of the most prominent symbols of San Francisco, after a weekend of it being shutdown to install a steel barrier in the middle of the bridge designed to prevent car accidents, according to Fox News.

The barrier, put in place on Sunday, separates the north and south lanes, which were earlier divided only by yellow plastic pylons. The insecure blockade was not able to prevent frontal collisions, which resulted in many deaths and injuries, the newspaper reports.

© East News / San Francisco Chronicle / Polari
Man Shot by Police in San Francisco Dies in Hospital: Reports
The installation of the barrier has constantly been promoted by two US citizens, Dr. Grace Dammann and Brian Clark, survivors of a car crash in 2008. The car accident paralyzed Mrs. Dammann, but she and Clark became friends as they took a joint effort to persuade the district to approve the $30 million project.

"I am so grateful," said Dammann, cited by the newspaper. "Brian and I thank you”.