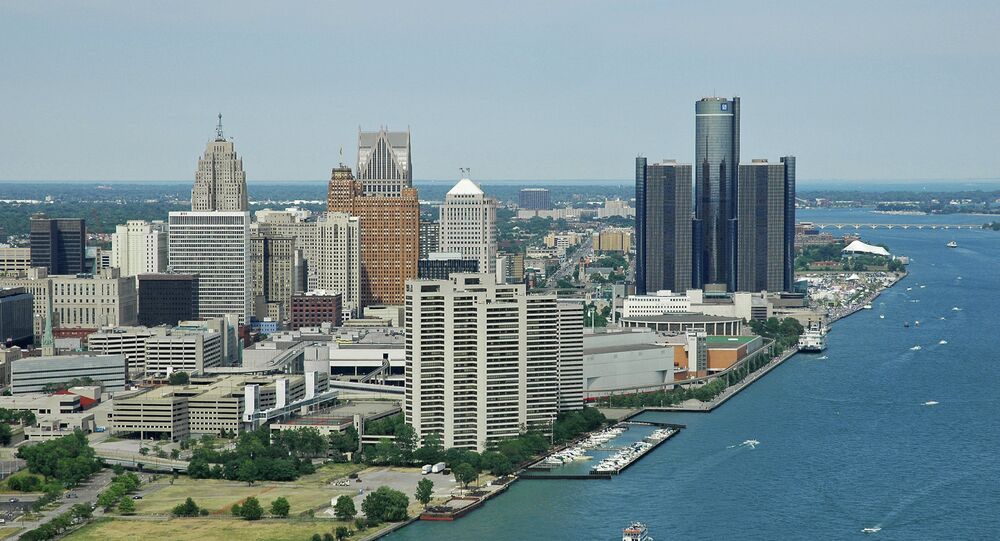 Newly-elected Michigan Congresswoman said that the city of Detroit and other US cities should not expect new money coming from the federal government and should try to keep a balanced budget instead.

WASHINGTON, January 9 (Sputnik) — The city of Detroit, which recently came out of bankruptcy, and other US cities should not expect new money coming from the federal government and should try to keep a balanced budget instead, newly-elected Michigan Congresswoman Debbie Dingell has told Sputnik.

© Flickr / Ian Freimuth
Detroit Legal Team to Submit $150Mln Final Bills to City Over Bankruptcy
"There's not going to be any money that's going to be coming from the federal government," Dingell said Thursday, adding that Detroit needs to keep a balanced budget and "that's what all cities have got to do".

The congresswoman stressed that since Detroit is now out of bankruptcy it "has got to learn to live within their means" because "they have got a finite amount of money coming in and they can't afford go in debt again".

Dingell represents a district west of Detroit, and was sworn in to the congressional seat that was previously occupied by her husband, Congressman John Dingell, for 60 years.

© Flickr / Ian Freimuth
Hearing for Detroit Bankruptcy Case Yet to Be Scheduled: Court Official
The congresswoman met with US President Barack Obama earlier this week in Detroit, but would not comment on their discussions.

In 2013, Detroit faced $18 billion in debt and filed for bankruptcy, becoming the largest city in US history to be declared bankrupt.

The city faced massive unemployment, depopulation, and mounting debts following the crash of the US auto sector beginning in 2005 and the 2008 US financial crisis.

Detroit in Crisis: Mismanagement, Debt and Denial of Human Rights

US Congressman Urges to Seek Alternatives to Detroit Water Shutoffs