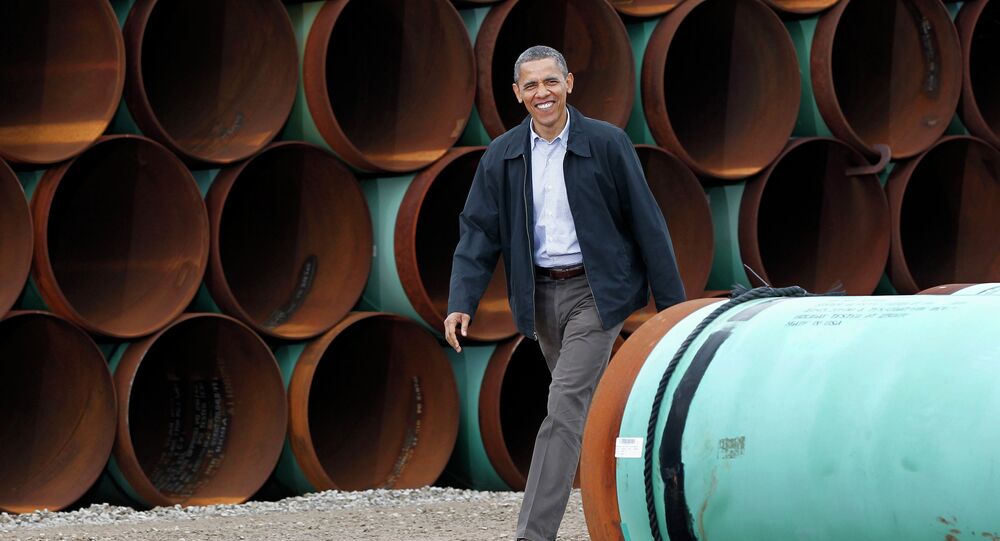 US President "strongly opposes" the Keystone Pipeline Act, and will likely veto the bill, the White House said in a statement on Wednesday.

Additionally, the White House argues that the bill would authorize the project despite the uncertainty of the ongoing litigation at a Nebraska court on the project's passage.

However, environmental groups claim the Keystone XL pipeline project will contribute to carbon emissions and climate change, while being of little benefit.