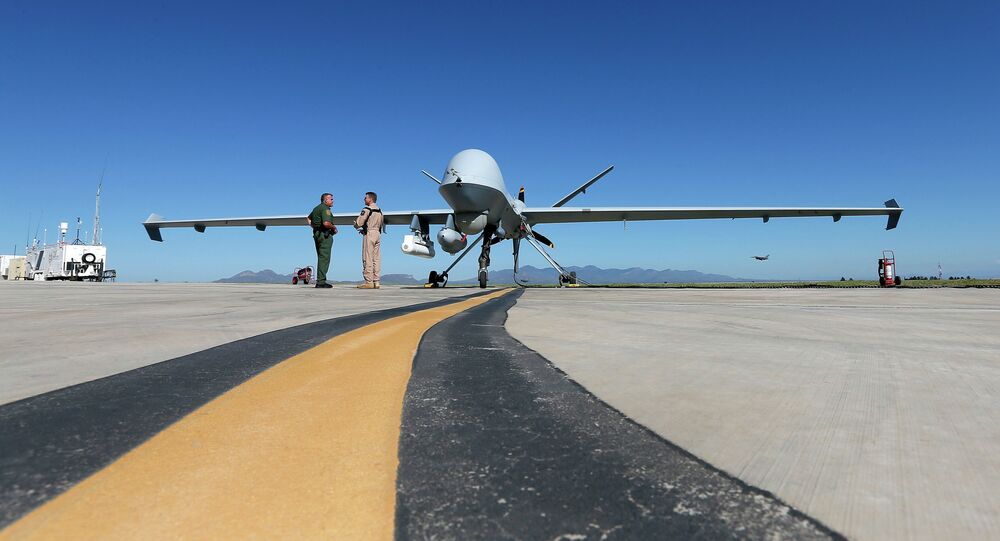 Department of Homeland Security stated that the US Customs and Border Protection’s (CBP) unmanned aircraft program did not make US borders more secure, but resulted in excessive spending.

WASHINGTON, January 7 (Sputnik) — The US Customs and Border Protection’s (CBP) unmanned aircraft program did not make US borders more secure, but resulted in excessive spending, a report released by the Department of Homeland Security’s Office of the Inspector General said.

© AP Photo / Kirsty Wigglesworth
Overstretched US Drone Force Faces Pilot Shortage: Reports
“In 2013 [fiscal year], it cost at least $62.5 million to operate the program,” the report, issued Tuesday, read. “CBP has invested significant funds in a program that has not achieved the expected results, and it cannot demonstrate how much the program has improved border security.”

According to audit findings, drones were in the air only 22 percent of the initially planned time and covered only nine percent of the length of the border they were assigned to monitor. Additionally, it was discovered that the program cost $12,255 per flight hour, instead of the originally estimated $2,468 per hour.

“The $443 million CBP plans to spend on program expansion could be put to better use by investing in alternatives,” the report concluded.

CBP could not prove the effectiveness of the program as it has never developed performance measures.

Demand for Drone Operation Education Increases in US