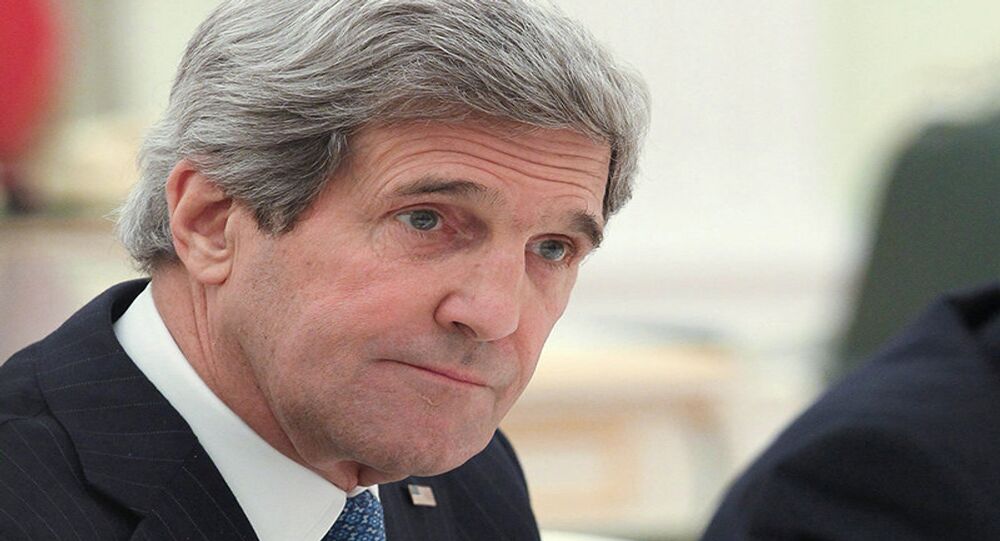 State Department said that US Secretary of State John Kerry will travel to India on January 10.

© REUTERS / Larry Downing
US Warns India of Terror Threat Ahead of Obama Visit: Indian Ministry
"The Secretary will join leading US business executives and innovators at the summit to highlight the critical role that US technology plays in supporting sustainable economic growth across India and the Indo-Pacific region as well as strengthening trade and investment between the two countries," US State Department spokesperson Jen Psaki said at a press briefing.

It will be the first time the United States will attend event as a partner country. The Vibrant Gurabet Global Investors Summit will be held January 11-13 and will be attended by Indian Prime Minister Narendra Modi.

In September 2014, Indian Prime Minister Modi met with US President Barack Obama in Washington D.C., the United States. During their meeting, the political leaders acknowledged the role of Indian and American businesses in sustainable economic development and growth in both countries.