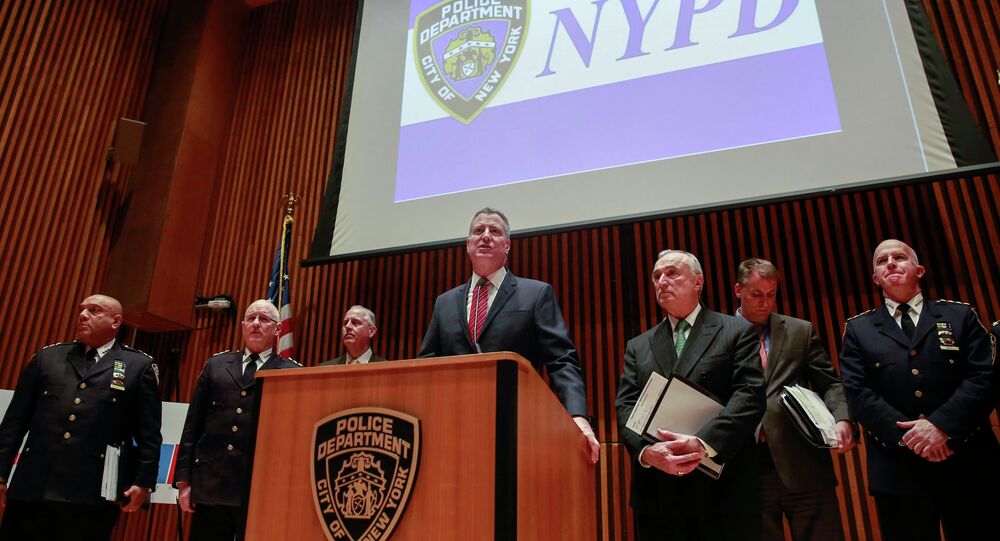 New York Mayor said that Police officers who staged protests during the funerals of two slain New York Police Department patrolmen showed disrespect to the mourning families and the people of the city.

© REUTERS / Carlo Allegri
Weather Interrupts New Round of Banner War Against New York Mayor: Reports
The mayor added that protesters “disrespected people of the city, who in fact honor the work of the NYPD.”

During Sunday’s funeral of officer Wenjian Liu, who was fatally shot in his patrol car in December, many police officers turned their backs on the New York mayor as he was delivering his eulogy, despite NYPD Commissioner William Bratton’s request to refrain from such actions. A similar protest took place in December at the funeral of NYPD officer Rafael Ramos.

Liu and Ramos were shot dead in their patrol car by Ismaaiyl Brinsley, a 28-year-old African-American, who wanted to avenge the deaths of unarmed black men Michael Brown and Eric Garner by white police officers.

De Blasio has been accused of stirring up anti-police sentiment following the officers’ murders, having refused to endorse the jury’s decision not to indict the police officer in the Garner case and stated that he has instructed his biracial teenage son to be careful in case of encounters with the police.