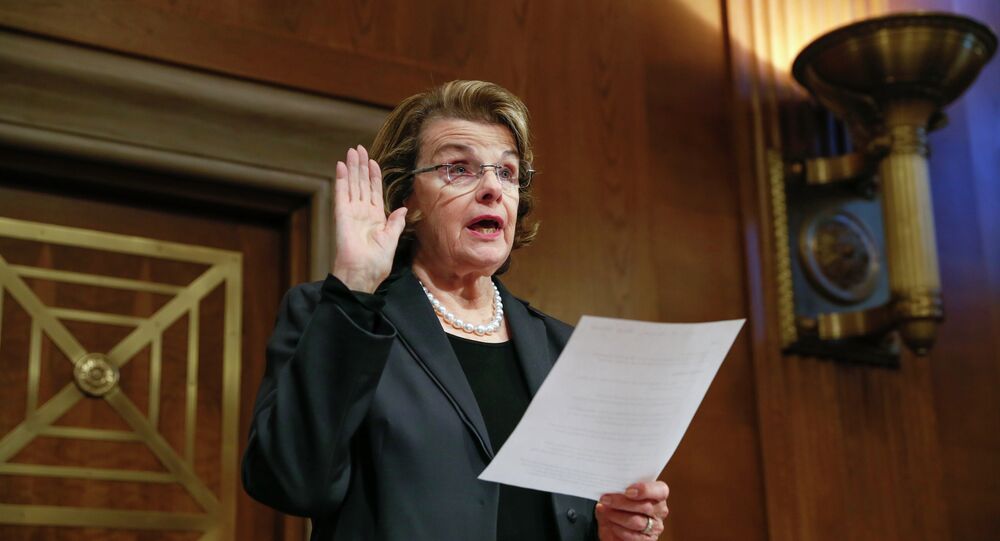 According to a letter published on US Intelligence Committee Chair Dianne Feinstein's website the senator has urged US President Barack Obama to reform the US legal and executive system to avert future torture.

WASHINGTON, January 6 (Sputnik) — US Intelligence Committee Chair Dianne Feinstein has urged US President Barack Obama to reform US law and the executive system to avert future torture, according to a letter published on the senator’s website Monday.

In her letter to the president, Feinstein proposes a number of recommendations “intended to make sure that the United States never again engages in actions that you have acknowledged were torture.”

The recommendations include changes to US legislation, administrative actions, and reforms previously proposed by the CIA in June 2013 and repeated recently by CIA Director John Brennan.

© Fotobank.ru/Getty Images
European Commission Calls on EU Members to Investigate CIA Torture
“I believe that several of the Committee’s findings should prompt additional oversight and better sharing of information for all covert action and significant intelligence collection programs,” Feinstein wrote.

The US Senate Intelligence Committee Chairwoman will introduce her legislative recommendations in the beginning of the 114th Congress that convenes on Tuesday.

Feinstein’s legislation aims to close “all torture loopholes”, to limit the list of interrogation techniques allowed to US intelligence officers, to provide prompt Red Cross access to detainees, and to prohibit long-term detention by the CIA.

As to the executive branch recommendations, the senator urges Obama to establish a swift process to declassify information when requested by Congress, to improve the CIA accountability, to strengthen covert action oversight by the US executive branch and US Congress.

“I look forward to working with you to implement these recommendations and ask that you publicly support them when I publicly release this letter in early January,” Feinstein concluded in her letter, dated December 30, 2014.

On December 9, the US Senate Select Intelligence Committee issued an executive summary of a report on CIA’s interrogation techniques applied to alleged terrorists following the 9/11 attacks. The document describes a wide range of CIA torture practices, such as waterboarding, mock executions, prolonged sleep deprivation and threats of sexual abuse.